Hamerkop at National Aviary by Dan

“So that we may boldly say, The Lord is my helper, and I will not fear what man shall do unto me.” (Hebrews 13:6 KJV)

“Behold, God is mine helper: the Lord is with them that uphold my soul.” (Psalms 54:4 KJV)

HELP’ER, n. One that helps, aids or assists; an assistant; an auxiliary.

1. One that furnishes or administers a remedy.
Compassion–is oftentimes a helper of evils.

“For he shall deliver the needy when he crieth; the poor also, and him that hath no helper.” (Psalms 72:12 KJV)

The Hamerkop (Scopus umbretta), is a medium-sized wading bird. It is the only living species in the genus Scopus and the family Scopidae. The shape of its head with a long bill and crest at the back is reminiscent of a hammer, which has given this species its name. It ranges from Africa, Madagascar to Arabia, in wetlands of a wide variety, including estuaries, lakesides, fish ponds, riverbanks and rocky coasts in Tanzania. The Hamerkop, which is a sedentary bird that often show local movements, is not globally threatened and is locally abundant in Africa and Madagascar. (Scopidae – Hamerkop Family) 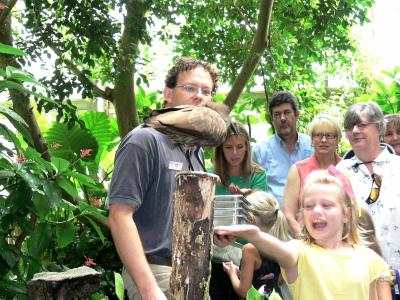 2 thoughts on “Avian And Attributes – Helper”