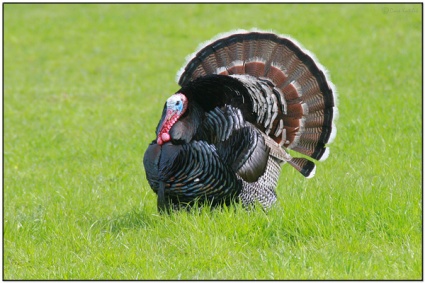 Here are the Thanksgiving, Reginald, the Turkey Commander Tales

And Now – Reginald, the Turkey Commander: The Corn Field [Part 4]

The turkeys were looking forward to another Thanksgiving at their fort as they made their way through the forest. Reginald had them march to the fort early that year just in case there were any hunters getting ready to hunt. The fort that the turkeys had built helped protect them from the hunters every Thanksgiving and Christmas. Reginald led the way through the forest until he came to the farmer’s old house they had visited a year before. This time, however, a large corn field was in their way. 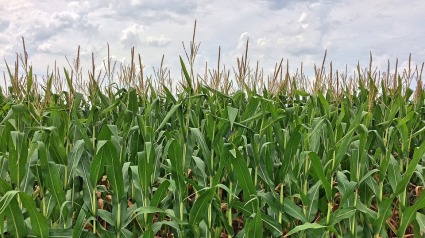 The turkeys inadvertently wandered into the field and became confused. Everything began to look the same. Reginald eventually made all of the turkeys stop, and he declared that they all needed to turn around and walk back to where they had come from in order to get out of the field. The turkeys turned around and followed Reginald as he led them out of the corn field. Suddenly, Reginald realized that Oliver was missing.

Reginald searched the field, making sure that no one would hear him. He hoped that there were no hunters nearby in case anyone heard Oliver. Reginald spotted Oliver, who was wandering through the field, loudly gobbling and stomping through the stalks of corn in order to find the other turkeys.

Reginald dragged Oliver back toward the forest. Halfway there, a large scarecrow toppled over as Reginald and Oliver made their way through the corn field. Oliver bolted away, gobbling loudly as Reginald ran after him.

Scarecrow beginning to fall over ©foodista-com

Oliver continued running as fast as he could, terrified because he thought that the scarecrow was going to eat him. Eventually, Oliver tripped and landed head-first in a tumbled-over wheelbarrow. Shaking his head, Reginald resignedly picked up the wheelbarrow by the handles and carried Oliver back to where the other turkeys were hiding.

Dumping Oliver in front of the other turkeys, Reginald proceeded to lead them through the forest. When they were close, one of the turkeys pointed out that they had less food than they expected. Some of the turkeys began to believe that there might not be enough for the winter.

Oliver had an idea. He remembered all of the corn he had seen in the field, and he told Reginald that they could take the corn to the fort with them.

After taking the rest of the turkeys to the fort, Reginald and Oliver returned to the corn field, though Oliver was a little afraid that the scarecrow might jump out of the field and attack. They took a wheelbarrow full of corn and brought it back to the fort. The turkeys now had plenty of food to last them through the winter and Thanksgiving, which was now approaching. The farmer eventually harvested all of the corn in the field, but not before Reginald returned the wheelbarrow. The turkeys were safe in the fort, and once again the hunters would not have turkey for their Thanksgiving dinner.

Oliver should have remembered these verses:

“Be not afraid of sudden fear, neither of the desolation of the wicked, when it cometh. For the LORD shall be thy confidence, and shall keep thy foot from being taken.” (Proverbs 3:25-26 KJV)
“Have I not commanded you? Be strong and courageous! Do not tremble or be dismayed, for the LORD your God is with you wherever you go.” (Joshua 1:9 NASB)

Emma, you continue to entertain us with your Turkey Commander, Reginald. It wouldn’t be Thanksgiving this year without another of these tales. Thanks for taking the time out from your studies to provide us with some wholesome adventures.