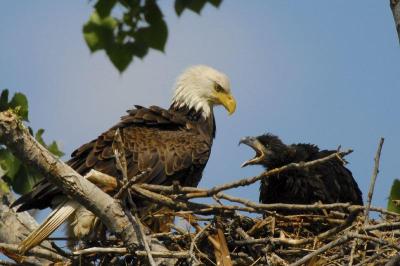 Here is a great article from Answers in Genesis that tells about the Eagle and their young. We have used these passages here, but Troy Lacey has done quite a bit of research about this. It is definitely worth reading.

This verse has become a popular topic for sermons and a much-copied inspirational social media post. But has the verse been misunderstood, misapplied, or misused? There have even been charges that this verse is not accurate and thus is a “Bible error.”…

Does an Eagle Carry Its Young on Its Wings? To read the rest of the article.

“For the LORD’s portion is His people; Jacob is the place of His inheritance. “He found him in a desert land And in the wasteland, a howling wilderness; He encircled him, He instructed him, He kept him as the apple of His eye. As an eagle stirs up its nest, Hovers over its young, Spreading out its wings, taking them up, Carrying them on its wings, So the LORD alone led him, And there was no foreign god with him. “He made him ride in the heights of the earth, That he might eat the produce of the fields; He made him draw honey from the rock, And oil from the flinty rock; Curds from the cattle, and milk of the flock, With fat of lambs; And rams of the breed of Bashan, and goats, With the choicest wheat; And you drank wine, the blood of the grapes.” (Deuteronomy 32:9-14 NKJV)

Not to take away from this article, but we know that birds have been known to catch a ride of the backs of eagles: 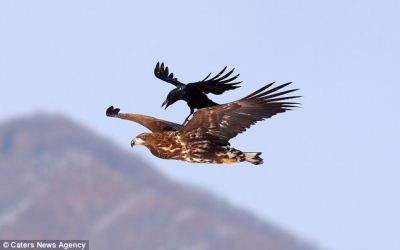 8 thoughts on “Does an Eagle Carry Its Young on Its Wings?”