As creationists, the pressure from the “scientific community” might make us feel ashamed of our beliefs. But instead of running and hiding, let us hear what Creation Speaks:

Have you been frustrated in your attempts to photograph a reclusive bird? Have you chased a “nemesis bird” only to come up empty handed every time? Birders and photographers know all too well the wariness of some species. This caution is something that has been programed in them by their Creator.

The somewhat elusive Yellow-billed Cuckoo managed to stay hidden from my camera for quite some time! . Walton County, Georgia. August 7, 2018. ©www.williamwisephoto.com.

After the Fall, no doubt the cruelty of man toward beast began to rise. And after the Flood, God allowed animals to be food for man. But in His grace toward His animal creation, God put a flight instinct within animals to keep them from being exterminated. Genesis 9:2 says, “And the fear of you and the dread of you shall be upon every beast of the earth, and upon every bird of the air.”

So fear of man is a God-given instinct within animals, but let it not be so with the Christian, especially when it comes to making a stand for the Word of God. I am sometimes criticized and mocked on other nature-related platforms for my belief in a young earth and literal, six-day creation. The instinct to “flee as a bird” might rise up within me when challenged by the “scientific community,” but I take an example – and courage – from a few bold birds that don’t flee because of the fear of man. 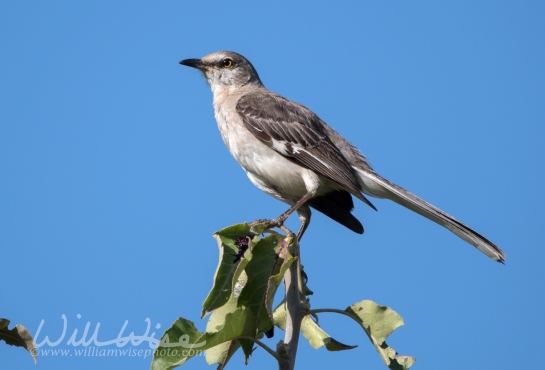 It seems when all other critters keep themselves hidden, the Mockingbirds are ever visible. Although though the “dread of man” may affect their feathered friends, they are always bold and out front, letting their voices be heard. So when the fear of man comes upon me; when I want to hide my creationist views, or flee from an evolutionist’s mockery, I remember those intrepid avians and make my stand. Why should I flee like a bird to the mountains? My trust is in the Lord!

“O Timothy, keep that which is committed to thy trust, avoiding profane and vain babblings, and oppositions of science falsely so called:” 1 Timothy 6:20