Curse not the king, no not in thy thought; and curse not the rich in thy bedchamber: for a bird of the air shall carry the voice, and that which hath wings shall tell the matter. (Ecclesiastes 10:20 KJV)

Talking birds! Is it possible? Solomon wrote about it in Ecclesiastes while telling people not to curse the king, even in your bedroom. Are there birds who could tell your words? First lets look at the words of Scripture in just that part of the verse. Again, I have used my e-Sword Bible program and a few other printed versions. 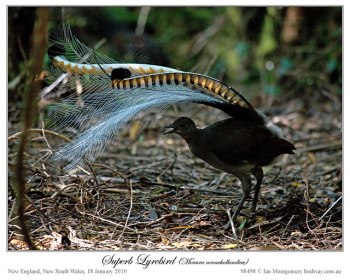 Talking birds are birds that can mimic human speech. Talking birds have varying degrees of intelligence and communication capabilities: some, like the crow, a highly intelligent bird, are only able to mimic a few words and phrases, whilst some budgerigars have been observed to have a vocabulary of almost two thousand words. The Hill Myna is a commonly kept pet, well known for its talking ability – whilst its relative, the European Starling, is also adept at mimicry. Wild cockatoos in Australia have been reported to have learned human speech from ex-captive birds that have integrated into the flock. (See the Article – Wikipedia) 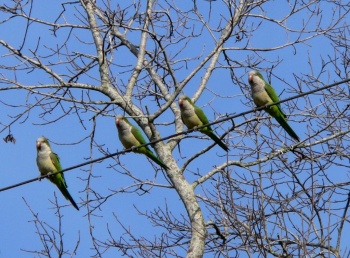 Dan and I had a Monk Parakeet that talked. Once Hoppi began to talk, he picked up everything you said. He even learned to call our dog, having heard us calling for him. Our dog would even look his way and head toward Hoppi when he called. Praise the Lord we are Christians, because that bird would repeat our conversations. I doubt he knew what he was saying, other than associating words with actions, but Hoppi did repeat what you had said.

From the article in Wikipedia:

In 1995 a budgerigar named Puck was credited by Guinness World Records as having the largest vocabulary of any bird, at 1,728 words. 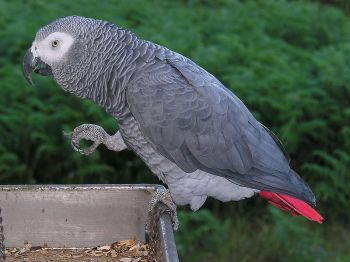 The African Grey Parrots are particularly noted for their cognitive abilities. Some of the most notable African Grey Parrots are Alex, Prudle, N’kisi and a new rising star, Einstein.
Alex had a vocabulary of about 100 words, but he was one of the most famous birds because of his cognitive abilities. In 2005, World Science reported that Alex understood the concept of zero. Alex died on September 6, 2007.
Prudle held the Guinness world record for bird with biggest vocabulary for many years with a documented vocabulary of 800 words.
N’kisi is noted for his impressive English usage skills and other abilities. As of January 2004, he had a documented vocabulary of 950 words and shows signs of a sense of humor. N’kisi is believed to be one of the most advanced users of human language in the animal world.
Einstein appeared on many television shows and became famous for her ability to recreate sounds as well as voice. Video clips show her making the sound of a laser beam and an evil laugh. She has been trained by Stephanie White.
African Grey Sparky is popular on YouTube for copying one liners from the sitcom Still Game in a broad Scottish accent.
Bibi, a Congo African Grey Parrot, is best known for her ability to use greetings from 20 different languages, earning her the nickname “The Polyglot Parrot.” At only three years of age, Bibi has already developed a vocabulary of about 300 words, and she understands the concepts of color and shape. 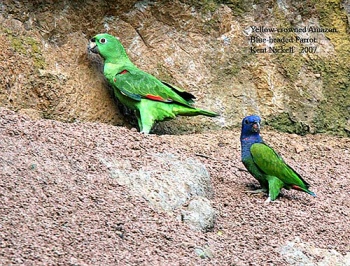 Amazon parrots – Many species of Amazona (particularly the yellow-head variety) are outstanding talkers. Yellow-napes, Double Yellow-headed, Yellow-crowned, and Panama Amazons are highly regarded as talking parrots.
Other parrots – Most parrot species are capable of imitating human words. Many can learn to use phrases in context; they can also be trained to imitate any words. Monk Parakeets (also known as Quaker parrots) are also reputed to be skilled talkers.
Hill Mynas – Hill Mynas are renowned for their ability to mimic the human voice. Many have claimed that the Hill Myna is the best talking bird and the best mimic in the world.
Lyrebird, ability to mimic natural and artificial sounds from their environment
Mockingbird, ability to mimic natural and artificial sounds from their environment
Passerine – Songbirds

Sounds like we need to watch what we say, not only about the king, but everyone. Even if the birds don’t hear us, the Lord hears our words and our thoughts.

Let the words of my mouth, and the meditation of my heart, be acceptable in thy sight, O LORD, my strength, and my redeemer. (Psalms 19:14 KJV) 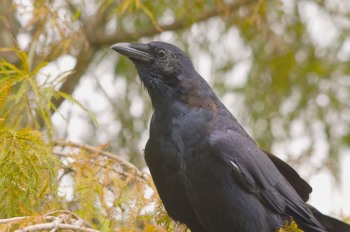 Here are some “one liners” about gossip from Zingers by Croft M. Pentz:

There is another verse in Scripture that mentions the birds telling something, but it is used in a different context. We will save that for another Birds of the Bible article.

*
More Birds of the Bible

3 thoughts on “Birds of the Bible – Repeating Birds”