(The first of a three part article.)

“Berith” the Hebrew word for covenant means “a coming together” in English, appears 280 times in the Bible. Covenants may include a treaty, agreement, mutual understanding, pact, deal, alliance, pledge, promise and so on. Marriage is a covenant between two individuals. Treaty is a covenant between two states or nations. The Last will that is written by an ailing individual to pass on his /her property to his surviving spouse or children is also a covenant. We are bound by so many covenants in our everyday life. Housing and vehicle loans, debit and credit cards, driving license are all covenants.

Though each one of us is bound by a direct or an indirect covenant with an individual, an organization or a government, we long for God to make a covenant with us. Bible shows us so many covenants between individuals, kings and between leaders of a group of men; but the covenants that God made with individuals and a group of individuals are the ones which were widely meditated, preached and written about.

That “Berith – Covenant” is as follows…

“And in that day will I make a covenant for them with the beasts of the field, and with the fowls of heaven, and with the creeping things of the ground: and I will break the bow and the sword and the battle out of the earth, and will make them to lie down safely.” Hosea 2:18

When does God make a covenant with them?

Why would God want to make a covenant with the beasts of the field, with the fowls of the air and with the creeping things of the ground?

How could a covenant with wildlife break the bow and the sword and the battle out of the earth?

Is it possible for a covenant with wildlife, help us lie down safely?

These were the queries that rose from my mind when I read the above verse from Hosea. While I was pondering over this attention-grabbing episode of God, He slowly unraveled the crucial presence of wildlife, not just for food and clothing but for the survival of mankind as a whole.

Sitting on the balcony one morning, trying hard to gulp those recent unpleasant happenings along with her morning coffee, watching a squirrel jump from a coconut tree to a custard apple tree like a seasoned pro, my wife probed, “God could have created us like these animals. Why should we suffer like this? See how they enjoy life” Just as she was lamenting, I felt God say, “They are sinless, whereas man was born of sin”

I thought this conversation not only opened avenues of thought but also made sense on this new covenant that God uncovered a few days back. Ever since God clothed Adam and Eve with animal skin and accepted the sacrifice of Abel. God did express how imperative animals and birds are in His creation. Abel knew that there is no redemption without shedding blood. So he chose from the best among wildlife and sacrificed. And we all know how God accepted his sacrifice and rejected the sacrifice of Cain. 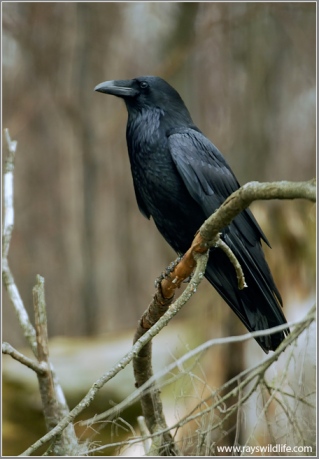 Noah also had to seek the help of birds to get the weather report after the flood isn’t it? And God made a covenant with Noah but not before he sacrificed from every clean beast and from every clean animal. Remember, if not for the beasts and birds God wouldn’t have placed the beautiful rainbow in the sky. If not for rainbow, we wouldn’t have studied prism in school.

God also taught Moses and Aaron, His appointed servants. about how to sacrifice, when to sacrifice and what to sacrifice. God gave them a list of clean animals and birds for sacrifice. In fact birds were sacrificed when Jesus was brought to the temple of Jerusalem after the days of purification.

“And when eight days were accomplished for the circumcising of the child, his name was called Jesus, which was so named of the angel before he was conceived in the womb.

And when the days of her purification according to the law of Moses were accomplished, they brought him to Jerusalem, to present him to the Lord;

(As it is written in the law of the Lord, Every male that openeth the womb shall be called holy to the Lord;)

And to offer a sacrifice according to that which is said in the law of the Lord, A pair of turtledoves, or two young pigeons.” Luke 2:21-24

The birds seem to have handed over the entry ticket for the Creator when He entered the temple of Jerusalem for the first time is His life on earth.

So? Does it mean that only clean beasts and birds are sinless? I thought.  If it is so, why should God send an unclean raven to feed Prophet Elijah? I wondered. Anyway, there should be a strong central theme for God to make a covenant with the beasts and the birds instead of man, whom He created in His own image.

Birds of the Bible – The Hidden Covenant ~ by A J Mithra

Birds of the Bible – The Hidden Covenant – Part 2

Birds of the Bible – The Hidden Covenant – Part 3

Please visit us at: