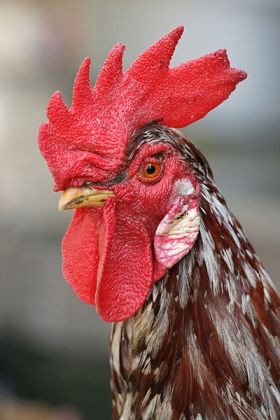 While working on a future Birds of the Bible article, I came across these verses and decided to share them.

the strutting rooster, the he-goat, and a king whose army is with him. (Proverbs 30:31 ESV)

The strutting rooster, the male goat also, And a king when his army is with him. (Proverbs 30:31 NASB)

a strutting rooster, a male goat, and a king with his army around him. (Proverbs 30:31 NET)

the strutting rooster, the he-goat, and a king striding before his people. (Proverbs 30:31 NRSV) 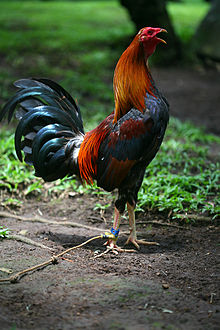 Rooster from the Philippines ©WikiC

There are three things which are stately in their march, Even four which are stately when they walk: The lion which is mighty among beasts And does not retreat before any, The strutting rooster, the male goat also, And a king when his army is with him. (Proverbs 30:29-31 NASB)

The Roosters referred to in this article are from the Phasianidae – Pheasants, Fowl & Allies Family. The term “rooster” can used other in ways. The Pheasants and Fowls are known to strut or display to try to win the eye of the female. The male is called a “rooster,” especially within the Domesticated Fowls. 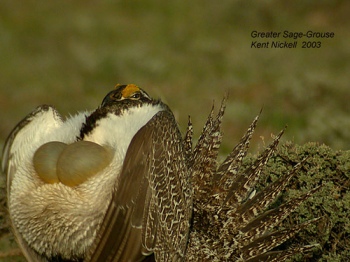 Have you ever seen a parade with the King or a Captain marching in front of his troops? He sure doesn’t slouch or just walk nonchalantly. No, especially if a band is playing, they almost “strut.”

The Lion and a Goat can also be known to walk stately, or “strut.” These verses are not referring to a false pride, but something that is good. There are times to present a stately presence, David was rejoicing when he brought the Ark back to Jerusalem.

I like what Harry Ironside wrote in his Notes on Selected Books:

It is quite proper to speak of the first three creatures as excelling in their movement, though it would hardly apply to a king. Majestic and glorious, he moves with stately bearing and therefore comes under the second head.

The lion is characterized by unflinching boldness; it represents that holy courage which should mark the Christian soldier as he contends earnestly for the faith once delivered to the saints. In his faith, he is to have virtue, true courage, to withstand in the evil day and remain true to his course. It is not mere dogged determination that is contemplated, but “the irresistible might of weakness” that leans on God; this is what led Paul to write, “when I am weak, then am I strong” (2 Corinthians 12:10). 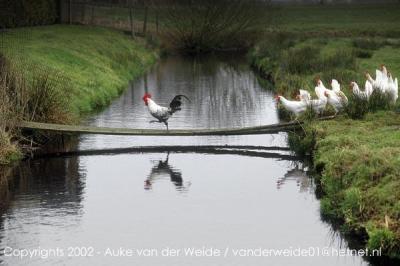 The second in this series has been variously translated as “a greyhound,” “a girded horse,” “a zebra,” and “a strutting rooster.” The latter is preferred in the Septuagint, Syriac, Vulgate, and Chaldee versions. But according to the best authorities the word simply means girded as to the loins. It may therefore be applied to any slender creature characterized by swiftness. The translators of the King James version preferred “greyhound” as most fully expressing the idea of an animal adapted to running. It matters little what beast is signified. The lesson for us is clear enough. As a girded animal does not rest until it reaches its prey or the goal to which it is running, so the saint is to press swiftly on, refusing to be turned aside by the attractions of this world. He is viewed as a racer in Philippians 3:13-14:

This should always be the Christian’s attitude. Having no city here, he does not halt to dally with the insignificant things of earth. With girded loins and eyes fixed on Christ, he hastens on to the judgment seat where the prize is to be awarded.

Wherefore seeing we also are compassed about with so great a cloud of witnesses, let us lay aside every weight, and the sin which doth so easily beset us, and let us run with patience the race that is set before us, Looking unto Jesus the author and finisher of our faith; who for the joy that was set before him endured the cross, despising the shame, and is set down at the right hand of the throne of God (Hebrews 12:1-2).

Christ was the great pattern-pilgrim, passing through this world as a stranger; He found only sorrow and grief here, but His joy is now full in glory!

The male goat is the climber. Refusing the low and often un-healthful valleys, he mounts up higher and higher to the rocky hills and the peaks of the mountains. (See Psalm 104:18). Breathing the exhilarating air of the top of the rocks, he finds both pleasure and safety in his retreat. The lesson is simple. The Christian must walk on the high places; then like Habakkuk, he will be able to rejoice in the day of trouble and joy in the God of his salvation when everything of earth seems to fail (Habakkuk 3:17-19). From the soul of the climbing saint there will ever be melody.

A heavenly-minded soul is lifted above all the mists of this poor world and enabled to view all from God’s standpoint.

If ye then be risen with Christ, seek those things which are above, where Christ sitteth on the right hand of God. Set your affection on things above, not on things on the earth. For ye are dead, and your life is hid with Christ in God (Colossians 3:1-3).

This is the lesson of the male goat. Would that every believer could enter into it!

The last in the list of these pleasant things is the king going forth in undisputed, majestic strength. It is the overcomer, the man of faith, made a king unto God; his dignity is never greater than when he walks in lowliness and meekness through this world, drawing his supplies from above not from below. Great is the honor conferred on all who have been redeemed. No longer children of the night, but of the day, they are called to overcome the world in the power of the truth revealed to them by faith. Abraham was such a “king” as he went from Melchizedek’s presence to meet Sodom’s fawning monarch. He vanquished this ruler in a different way from that in which he had defeated the confederacy headed by Chedorlaomer (Genesis 14). God would have every Christian defeat his enemy in stately majesty, joining forces with Him, and counting the richest treasures of earth as dung and dross. “This is the victory that overcometh the world, even our faith” (1 John 5:4). Strong in faith, the man of God views his present situation in the light of his future reward. Then, even though accounted as sheep for the slaughter, he can exclaim, “Nay, in all these things we are more than conquerors through him that loved us” (Romans 8:37).”

7 thoughts on “Birds of the Bible – Strutting Rooster”