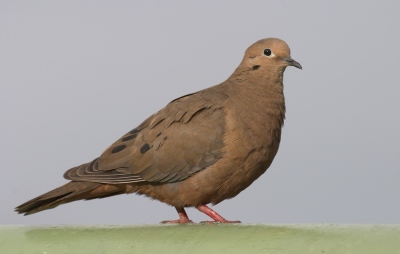 Also he sent forth a dove from him, to see if the waters were abated from off the face of the ground; (Genesis 8:8 KJV)

Doves and Pigeons are mentioned many times throughout Scripture. When people all over the world read about them in their Bible, they probably have an idea of what that bird looks like. Why?

“Pigeons and doves are distributed everywhere on Earth, except for the driest areas of the Sahara Desert, Antarctica and its surrounding islands and the high Arctic. They have colonised most of the world’s oceanic islands, reaching eastern Polynesia and the Chatham Islands in the Pacific, Mauritius, the Seychelles and Réunion in the Indian Ocean, and the Azores in the Atlantic Ocean.” (Wikipedia)

They appear almost everywhere. During the time of sacrifices to God, before Jesus Christ became the perfect Sacrifice for our sins; doves, turtle dove and young pigeons were accepted. Just as salvation is available to all, there were birds available, no matter where you were. 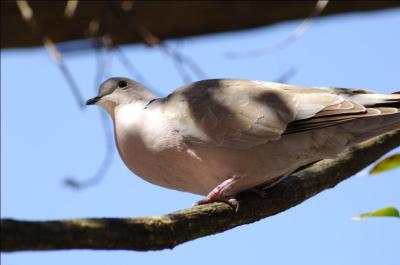 Why are they so plentiful?

“The family has adapted to most of the habitats available on the planet. These species may be arboreal, terrestrial or semiterrestrial. Various species also inhabit savannas, grasslands, deserts, temperate woodlands and forests, mangrove forests, and even the barren sands and gravels of atolls.” 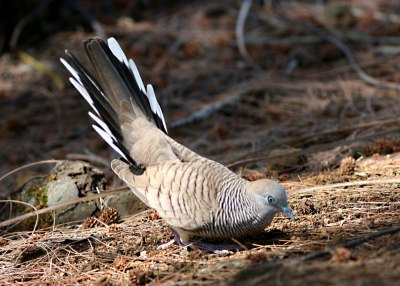 Are the Doves and Pigeons called by the same name? No. As they have reproduced and moved to the different areas (distribution), the number of species have grown.

“Some species have large natural ranges. The Eared Dove ranges across the entirety of South America from Colombia to Tierra Del Fuego, the Eurasian Collared Dove has a massive (if discontinuous) distribution from Britain across Europe, the Middle East, India, Pakistan and China, and the Laughing Dove across most of sub-Saharan Africa, as well as India, Pakistan and the Middle East. Other species have a tiny, restricted distribution; this is most common in island endemics. The Whistling Dove is endemic to the tiny Kadavu Island in Fiji, the Caroline Ground-dove is restricted to two islands, Truk and Pohnpei in the Caroline Islands, and the Grenada Dove is restricted to Grenada in the Caribbean. Some continental species also have tiny distributions; for example, the Black-banded Fruit Dove is restricted to a small area of the Arnhem Land of Australia, the Somali Pigeon is restricted to a tiny area of northern Somalia, and Moreno’s Ground Dove is restricted to the area around Salta and Tucuman in northern Argentina.” 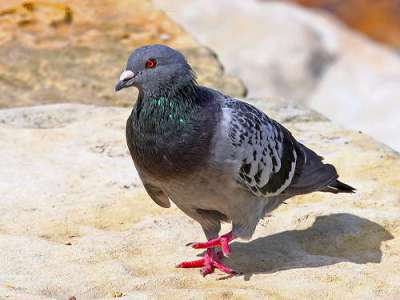 “The largest range of any species is that of the Rock Dove or Rock Pigeon. This species had a large natural distribution from Britain and Ireland to northern Africa, across Europe, Arabia, Central Asia, India, the Himalayas and up into China and Mongolia. The range of the species increased dramatically upon domestication, as the species went feral in cities around the world. The species is currently resident across most of North America, and has established itself in cities and urban areas in South America, sub-Saharan Africa, Southeast Asia, Japan, Australia and New Zealand. The species is not the only pigeon to have increased its range due to the actions of man; several other species have become established outside of their natural range after escaping captivity, and other species have increased their natural ranges due to habitat changes caused by human activity.”

The “Pigeon” (Columba livia) is known by many names because of the different languages spoken, yet they all refer to the same bird. The scientific name,  Columba livia, refers to only that bird, no matter what they call it.

Here are some examples:

(Adapted from the Wikipedia’s “Columbidae” page, especially the “Distribution and Habitat” section.)

The flowers appear on the earth; The time of singing has come, And the voice of the turtledove Is heard in our land. (Song of Solomon 2:12 NKJV)

The next day John seeth Jesus coming unto him, and saith, Behold the Lamb of God, which taketh away the sin of the world. (John 1:29 KJV)

As mentioned above, if a person could not afford a lamb or ram, then Turtle Dove and Pigeons were accepted. They were plentiful and available. Since the Lord paid the ultimate sacrifice for our sin, the need to use these birds is no longer needed. As a birdwatcher, I am thankful. As a Christian, I am most thankful for the Lord’s sacrifice for my sins.

2 thoughts on “Birds of the Bible – Dove and Pigeon Distribution”