Nighthawks are medium-sized New World birds, with long wings, short legs, and very short bills. They usually nest on the ground. They feed on flying insects. The Least Nighthawk, at 6.3 in (16 centimetres) and 0.81 oz (23 grams), is the smallest of all Caprimulgiformes. [Nighthawk Family] Nightjars are sometimes referred to as goatsuckers from the mistaken belief that they suck milk from goats (the Latin for goatsucker is Caprimulgus). Nighthawks and Nightjars are both in the same family.

Nighthawks have small feet, of little use for walking, and long pointed wings. Their soft plumage is cryptically (camouflaged)  colored to resemble bark or leaves. Some species perch facing along a branch, rather than across it as birds usually do. This helps to conceal them during the day. The female lays two patterned eggs directly onto bare ground. 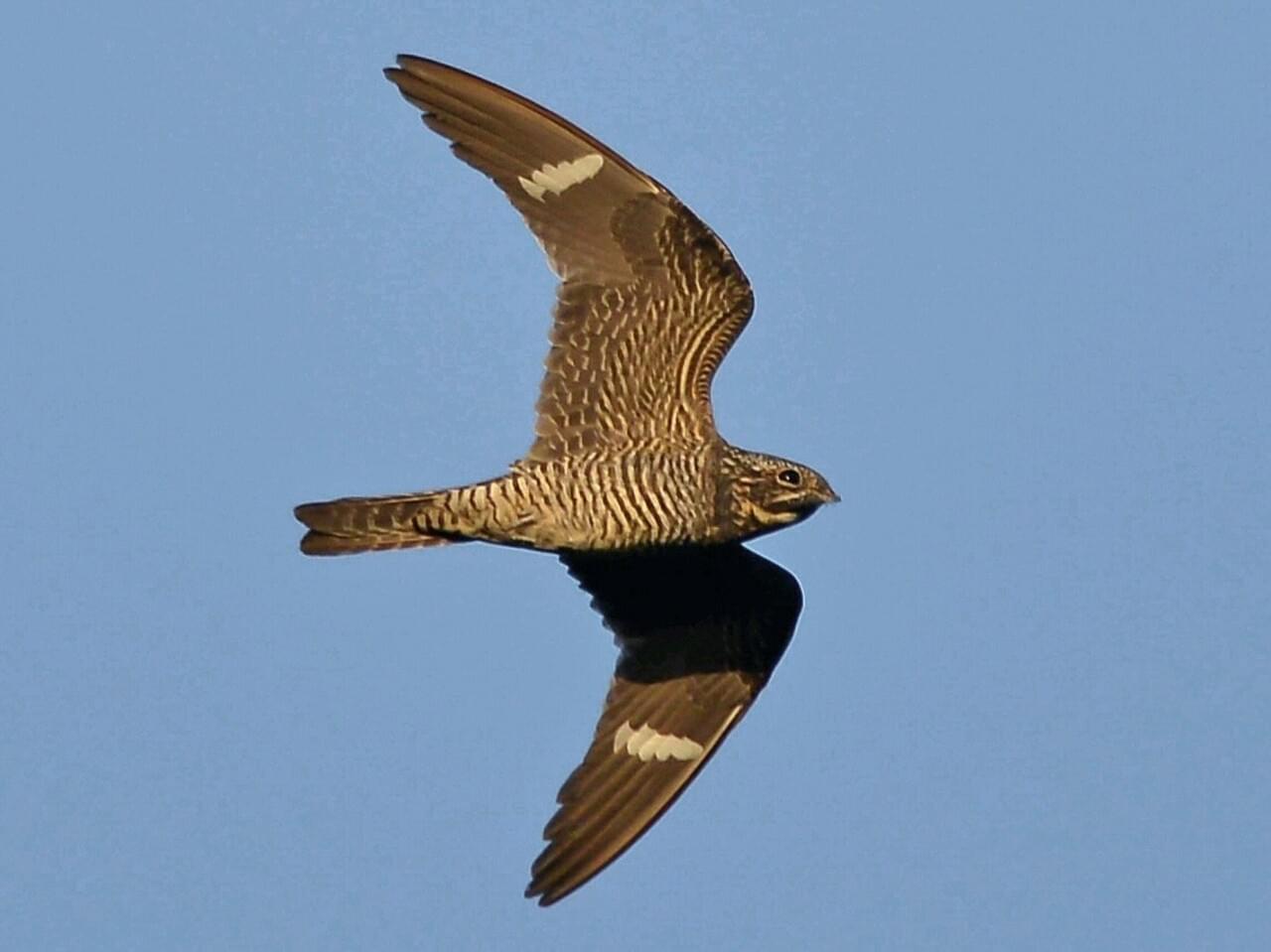 Common Nighthawk Flying ©All About Birds

Nighthawks are similar in most respects to the nightjars, but have shorter bills and plumage (feathers) that are less soft. Nighthawks are less strictly nocturnal (night-time) than many nightjars and may be seen hunting when there is still light in the sky.

The flight of the Common Nighthawk is indirect and jerky, as it attempts to prey on various flying insects. Its call is a short, harsh, buzzy sound. The white bands on its underwings are easily seen as it flies in the evening, at an altitude that is often well above the treetops.

Nighthawks belong to the Caprimulgidae – Nightjars Family.  At present there are 10 species of Nighthawks and they are part of the larger Nightjar family. They are mentioned in two verses in Scripture. 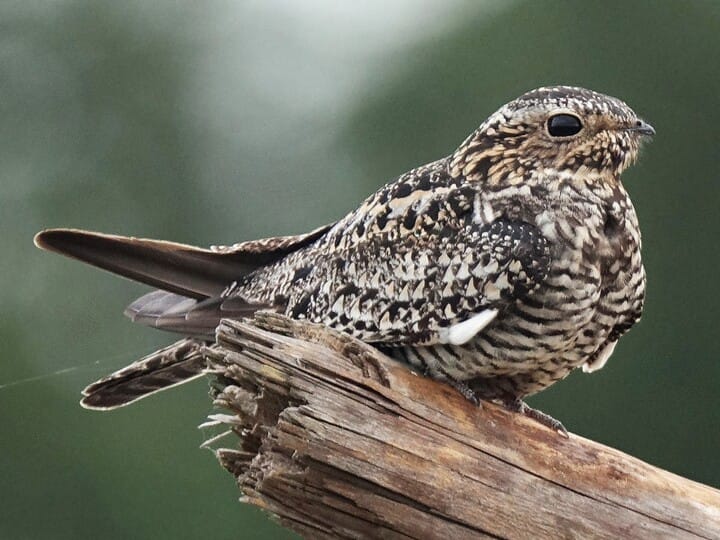 Common Nighthawk ©All About Birds