I trust you are enjoying our “Start Birdwatching Today!” series. We have been trying to motivate you to go out and observe the many birds around you.

Seeing as our subtitle is “Birdwatching from a Christian Perspective,” I want to do a few articles that you won’t see in most birding books. We believe that the world and all that its critters were created by the Lord and not evolved.

For thus says the Lord–Who created the heavens, God Himself, Who formed the earth and made it, Who established it and did not create it to be a worthless waste; He formed it to be inhabited–I am the Lord, and there is no one else. (Isaiah 45:18 AMP)
O LORD, how manifold are Your works! In wisdom You have made them all. The earth is full of Your possessions—
(Psalms 104:24 NKJV)
Have you not known? Have you not heard? The everlasting God, the LORD, The Creator of the ends of the earth, Neither faints nor is weary. His understanding is unsearchable. (Isaiah 40:28 NKJV)

While creating the birds, the Lord has used a fantastic array of colors and designs. I can imagine Him using a fine brush when some of my favorite birds here in America were being dressed for “His pleasure.”

Look at this Blue Jay, seen in most parts of our country or his cousins out west. Can’t you just imagine a painter or artist putting the colors and marks on him?

His cousin the Green Jay from down in the valley of Texas. 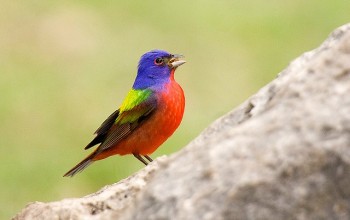 and its cousin the Acorn Woodpecker. 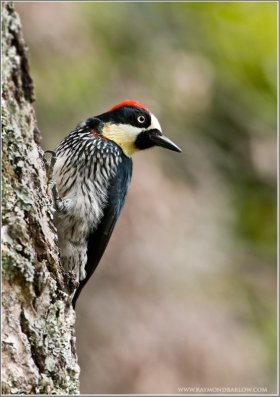 Tiny birds that have iridescent colors like our Hummingbirds just glisten when the light shines on them the right way. Our eastern Ruby-throated Hummingbird 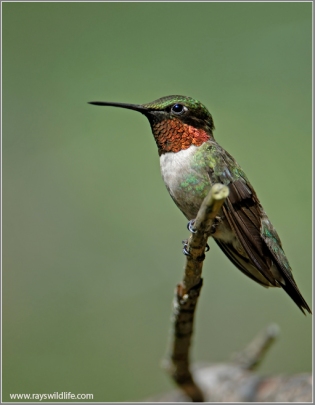 and the western Magnificent Hummingbird.

Do you see a designer and a painter at work? My favorite one of all is the Wood Duck at the top. Dan took that at Lake Morton in Lakeland. (It really is a live duck, not a painting.)  Those fine lines are just awesome to me. They actually have a cousin that hangs out more on the western side of America. It is the Harlequin Duck.

There are many more that could be shown, but if you”Start Birdwatching Today” they may just pass by for you to take a look. Then thank the Lord for His many blessings to us.

Oh, the depth of the riches both of the wisdom and knowledge of God! How unsearchable are His judgments and His ways past finding out! (Romans 11:33 NKJV)