There is a way that seemeth right unto a man, but end thereof is the way of death.  (Proverbs 14:12) 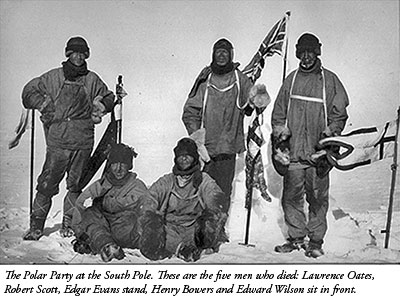 Collecting a few penguin eggs, in Antarctica, sounds like a “cool” adventure (pardon the pun), but the adventure is not worth dying for.  Even moreso, dying in a quixotic quest to “prove Darwin right” is beyond merely reckless  —  it both foolhardy and tragic.

Here is my limerick, followed by a link to my earlier article “Penguins to Die For“, which appeared in ACTS & FACTS, 44(10):20 (October 2015), about how 5 Darwin fans froze to death, down under, for their error   —  trying to “prove” Darwin’s “natural selection” phylogenetic theory of biological origins.   (Sad and foolish at the same time.)

DARWIN’S  FANS  DEAD WRONG  DOWN  UNDER

Darwin’s theory, as “science”, was bad

But, in England, it soon was a fad;

Seeking eggs, as its proof

Gambling all, for a goof  —

For more, see “Penguin Eggs to Die For“, posted at http://www.icr.org/article/penguin-eggs-die-for/ .