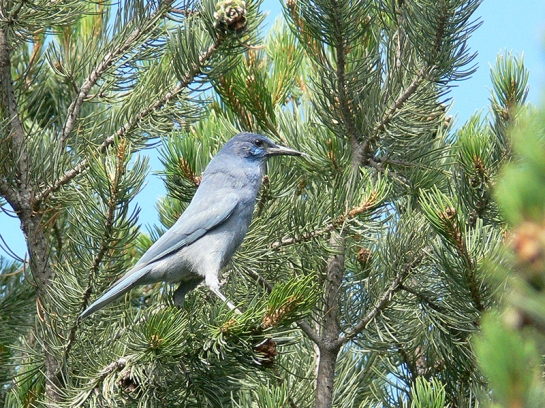 A wonderful way to appreciate the catastrophic impact of the Genesis Flood is to visit the Grand Canyon, in northern Arizona, a warm and arid panorama in America’s Great West. However, if you visit that grandiose canyonland, don’t rush off too quickly! Also visit a nearby testimony of God’s caring involvement in our world, the ‘pygmy forest’ just south of the Grand Canyon’s southern rim.

In addition to juniper evergreens, you will find short, scrubby trees called pinyon pines. They produce pine cones containing edible seeds. Maybe you don’t like to eat pinyon pine seeds, but an interesting blue-and-grey bird does. The pinyon jay is famous for eating its favorite fare — pinyon pine seeds.

Pinyon pine seeds are not planted by bird droppings, the way hard-coated seeds (such as indigestible cherry ‘pits’) are dropped out the ‘back door’ of flying birds, mixed with natural fertilizer. Bird droppings are one method God designed for some tree planting, but that is not the method He provided for planting pinyon pine trees.

Rather, the pinyon tree slowly manufactures large pine cones with seeds having a very thin seed coat. In fact, this coat is so thin that it allows a seed-eating bird to eat it and to digest the entire seed—so there is no left-over, plantable ‘pit’ (to be dropped from the birds) thereafter. Thus, once a pinyon seed is eaten by a pinyon jay (or by a Clark’s nutcracker, chipmunk, pine cone moth, or pine cone beetle) that’s it!

So how do the birds help plant the next generation of pine trees? 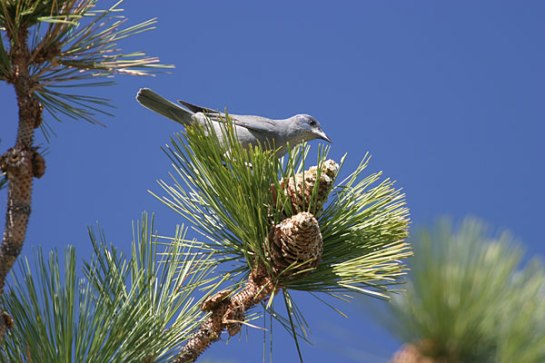 God carefully bioengineered (i.e., programmed) these birds to hide more seeds in the soil than they will subsequently eat.

The jays have an expandable pouch in which they can carry up to 56 seeds. So, a flock of 200 jays can quickly harvest 10,000 or more seeds from a stand of pinyon pine trees, especially if the trees have put out a ‘bumper crop’ of seeds (which the trees historically do, about every six years on average). The birds eat what they immediately need in order to survive, and then they bury the rest in the soil for future needs.

This periodic ‘bumper crop’ of pinyon pine seeds, and their burial by pinyon jays, has been studied for years. Says Dr. John Kricher, an American forest ecologist:

“At one well-documented site in the Southwest, pinyon seed bonanzas occurred in 1936, 1943, 1948, 1954, 1959, 1965, 1969 and 1974. In intervening years, seed crops were dramatically less. Pinyons in most areas have this roughly 6-year interval between heavy seed crops. …  Jays bury pinyon seeds—lots of pinyon seeds. In one study it was estimated that from September through January, a flock of 250 pinyon jays buried about 4.5 million pinyon seeds! They do not bury the seeds just anywhere. The jays tend to cache [hide] seeds in open areas, selecting sites near brush piles or fallen trees.” [Quoting John C. Kricher, A FIELD GUIDE TO THE ECOLOGY OF WESTERN FORESTS, Houghton Mifflin, New York, pages. 147–149.]

Thus, the jays even plant the seeds in places just right for new tree growth.

If the birds planted seeds at the base of tall, healthy trees, those trees would shield the new seedling from needed sunlight, and would likely absorb the scarce rainfall of this area, so the new sprouts would fail to thrive. Also, being planted near brush or fallen trees provides these seedlings with protection from gusty desert winds which might otherwise tear them out of the soil. 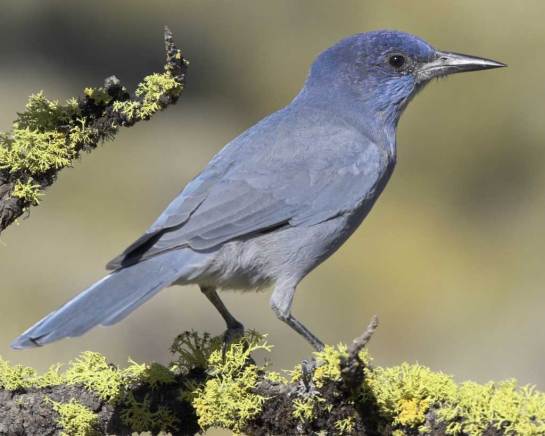 When winter comes, the pinyon jays harvest many of their carefully hidden pinyon seeds. Many more, however, go unharvested. These seeds, forgotten by jays, become the next generation of pinyon pines.

Is this a picture of tooth-and-claw, selfish, survival-of-the-fittest accident-produced ‘evolution’? Hardly! This coöperative relationship between bird and tree, called ‘mutualistic symbiosis’ (or ‘mutual aid’) by ecologists, is the kind of system-ordered harmony God originally designed into His good creation. In fact even after the Fall, nature still displays more coöperation than competition.

The creation sings out an ecological symphony of praise to its Creator, the Lord Jesus Christ. Job instructs us to accept the teaching of the beasts and the birds, for such wildlife—by their very traits, behaviors, and generational cycles—instruct us with the answer to this question:

‘Who knoweth not in all these that the hand of the LORD hath wrought this?’ [Quoting Job 12:9]

[ The preceding avian ecology highlight was originally published as “Providential Planting: The Pinyon Jay,” Creation Ex Nihilo, 19 (3): 24-25 (summer 1997).  At present (AD2018), it now appears online at https://answersingenesis.org/evidence-for-creation/providential-planting/ .  Slight editing was added by the author prior to re-posting here.  It should be noted that the Lord Jesus once used ravens (not Pinyon Jays — Matthew 6:26, clarified by Luke 12:24) as an example of a bird-kind that did not sow seeds for its own food — please see “Hidden Assumptions Play ‘Hide-and-Seek’:  Using Context and Clarification to ‘Tag’ Bible Critics”, ACTS & FACTS, 39(6):8-9 (June 2010), now posted at http://www.icr.org/article/hidden-assumptions-play-hide-seek-using .   ><>  JJSJ  profjjsj@aol.com ] 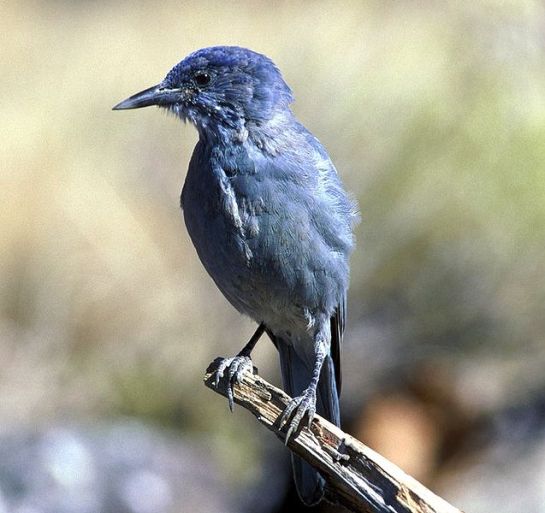