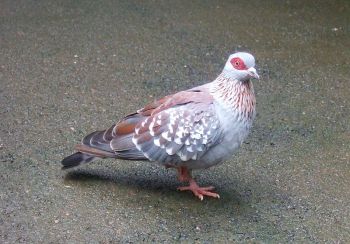 Mine heritage is unto me as a speckled bird, the birds round about are against her; come ye, assemble all the beasts of the field, come to devour. (Jeremiah 12:9 KJV) 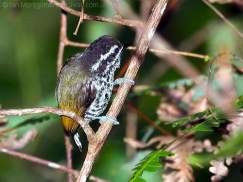 The Speckled Bird is not the name of a specific bird, but it describes how it looks. Of course the commentaries do not agree exactly as to what is meant by the bird or hyena, but they do seem to agree that the Lord’s house is being corrupted. They agree that there is to be a judgment and that birds of prey will be present. Let’s look at some of their interpretations.

Albert Barnes’ Notes on the Bible – “Rather, “Is My heritage unto Me as a speckled bird? Are the birds upon her round about? Come, assemble all the wild beasts: bring them to devour her.” By “a speckled” or parti-colored “bird” is probably meant some kind of vulture.” 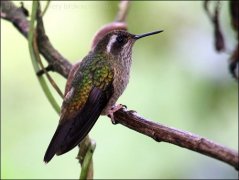 Jamieson, Fausset and Brown – “speckled bird — Many translate, “a ravenous beast, the hyena”; the corresponding Arabic word means hyena; so the Septuagint. But the Hebrew always elsewhere means “a bird of prey.” The Hebrew for “speckled” is from a root “to color”; answering to the Jewish blending together with paganism the altogether diverse Mosaic ritual. The neighboring nations, birds of prey like herself (for she had sinfully assimilated herself to them), were ready to pounce upon her.”

Matthew Henry’s Condensed Commentary says, “God’s people had been the dearly-beloved of his soul, precious in his sight, but they acted so, that he gave them up to their enemies. Many professing churches become like speckled birds, presenting a mixture of religion and the world, with its vain fashions, pursuits, and pollutions. God’s people are as men wondered at, as a speckled bird; but this people had by their own folly made themselves so; and the beasts and birds are called to prey upon them. The whole land would be made desolate. But until the judgments were actually inflicted, none of the people would lay the warning to heart. When God’s hand is lifted up, and men will not see, they shall be made to feel. Silver and gold shall not profit in the day of the Lord’s anger. And the efforts of sinners to escape misery, without repentance and works answerable thereto, will end in confusion.” 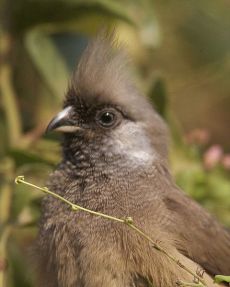 Adam Clarke seems to agree – “Is unto me as a speckled bird – A bird of divers colors. This is a people who have corrupted the worship of the true God with heathenish rites and ceremonies; therefore, the different nations, (see Jer_12:10; whose gods and forms of worship they have adopted shall come and spoil them. As far as you have followed the surrounding nations in their worship, so far shall they prevail over your state. Every one shall take that which is his own; and wherever he finds his own gods, he will consider the land consecrated to them, and take it as his property, because those very gods are the objects of his worship. The fable of the daw and borrowed plumes is no mean illustration of this passage.
Dahler translates the whole verse thus: –

Birds of prey! inundate with blood my heritage.
Birds of prey! come against her from all sides.
Run together in crowds, ye savage beasts!
Come to the carnage!” 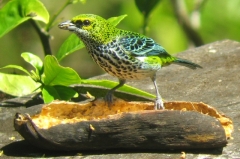 The “speckled birds” I have shown here show a mixture of colors. The Bible has made clear many times that we are to be separate and not mix the world with the church, yet it is being done repeatedly unfortunately. Even when the list of clean and unclean birds and animals were given, the LORD was trying to make a distinction between the two.

What a great promise the Lord God has given us in 2nd Corinthians 6:

And what agreement hath the temple of God with idols? for ye are the temple of the living God; as God hath said, I will dwell in them, and walk in them; and I will be their God, and they shall be my people. Wherefore come out from among them, and be ye separate, saith the Lord, and touch not the unclean thing; and I will receive you, And will be a Father unto you, and ye shall be my sons and daughters, saith the Lord Almighty. (2 Corinthians 6:16-18 KJV)

(These birds are being used as examples and please don’t condemn them for being speckled. The Lord may have very well created them that way so we can see an example of a truth. I am just using them for illustrational purposes.)

Speckled Tanager (Tangara guttata) -by Keith Blomerley – A bird sitting on a branch then flying away.

2 thoughts on “Birds of the Bible – Speckled Bird”