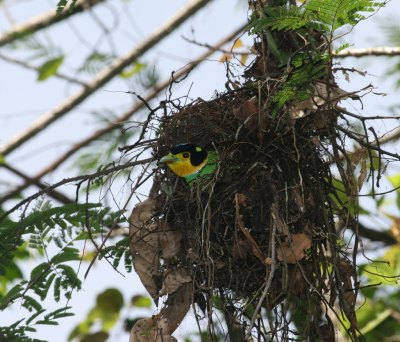 And when they were come into the house, they saw the young child with Mary his mother, and fell down, and worshipped him: and when they had opened their treasures, they presented unto him gifts; gold, and frankincense, and myrrh. (Matthew 2:11 KJV)

The Day The Christ-Child’s Tender Eyes

The day the Christ-child’s tender eyes
Unveiled their beauty on the earth,
God lit a new star in the skies
To flash the message of His birth;
And wise men read the glowing sign,
And came to greet the Child divine.

Low kneeling in the stable’s gloom,
Their precious treasures they unrolled;
The place was rich with sweet perfume;
Upon the floor lay gifts of gold.
And thus adoring they did bring
To Christ the earliest offering.

I think no nimbus wreathed the head
Of the young King so rudely throned;
The quilt of hay beneath Him spread
The sleepy kine beside Him owned;
And here and there in the torn thatch
The sky thrust in a starry patch.

Oh, when was new-born monarch shrined
Within such canopy as this?
The birds have cradles feather lined;
And for their new babes princesses
Have sheets of lace without a flaw,
His pillow was a wisp of straw!

He chose this way, it may have been,
That those poor mothers, everywhere,
Whose babies in the world’s great inn
Find scanty cradle-room and fare,
As did the Babe of Bethlehem,
May find somewhat to comfort them.

Mute Swan on Nest at Lake Morton by Dan