May you enjoy your day and may you remember our founders and their sacrifices to form our country. More than that, may you remember the Lord and His Word which provided the principles to govern this country.

Unfortunately, many today are trying to remove those principles from our laws and morality. Today, many are:

“You shall not at all do as we are doing here today—every man doing whatever is right in his own eyes— (Deuteronomy 12:8 NKJV)

The way of a fool is right in his own eyes, But he who heeds counsel is wise. (Proverbs 12:15 NKJV)

Every way of a man is right in his own eyes, But the LORD weighs the hearts. (Proverbs 21:2 NKJV)

Our leaders are more worried about being “politically correct” instead of doing what is right based on the Word of God. Chunk by chunk, Christianity and it’s principles, which guided our Founding Fathers, are being removed from our country. In place, things that are clearly taught as sin are now the “right” of the people to do, while the “rights” of Christians are being taken away. We are on the way to becoming a pagan nation. So this year, the 4th of July is sadder than last year.

Yet, the Lord has still allowed us to live in the greatest nation, because of those great Founding Fathers that believed in God. They applied the principles found in God’s Word to found this great nation. I am thankful that, so far, we still have the privilege to openly worship our Lord in our churches. I am thankful the Lord let me be born here. 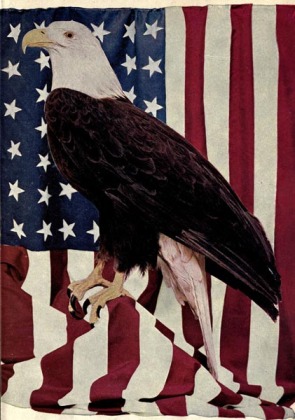 John Adams
2nd U.S. President and Signer of the Declaration of Independence

“Suppose a nation in some distant Region should take the Bible for their only law Book, and every member should regulate his conduct by the precepts there exhibited! Every member would be obliged in conscience, to temperance, frugality, and industry; to justice, kindness, and charity towards his fellow men; and to piety, love, and reverence toward Almighty God … What a Eutopia, what a Paradise would this region be.”

“Now I will avow, that I then believe, and now believe, that those general Principles of Christianity, are as eternal and immutable, as the Existence and Attributes of God; and that those Principles of Liberty, are as unalterable as human Nature and our terrestrial, mundane System.”

Thomas Jefferson
3rd U.S. President, Drafter and Signer of the Declaration of Independence

“God who gave us life gave us liberty. And can the liberties of a nation be thought secure when we have removed their only firm basis, a conviction in the minds of the people that these liberties are of the Gift of God? That they are not to be violated but with His wrath? Indeed, I tremble for my country when I reflect that God is just; that His justice cannot sleep forever; That a revolution of the wheel of fortune, a change of situation, is among possible events; that it may become probable by Supernatural influence! The Almighty has no attribute which can take side with us in that event.”

“I am a real Christian – that is to say, a disciple of the doctrines of Jesus Christ.”

John Hancock
1st Signer of the Declaration of Independence

“Resistance to tyranny becomes the Christian and social duty of each individual. … Continue steadfast and, with a proper sense of your dependence on God, nobly defend those rights which heaven gave, and no man ought to take from us.”

“Here is my Creed. I believe in one God, the Creator of the Universe. That He governs it by His Providence. That He ought to be worshipped.

“That the most acceptable service we render to him is in doing good to his other children. That the soul of man is immortal, and will be treated with justice in another life respecting its conduct in this. These I take to be the fundamental points in all sound religion, and I regard them as you do in whatever sect I meet with them.

“As to Jesus of Nazareth, my opinion of whom you particularly desire, I think the system of morals and his religion, as he left them to us, is the best the world ever saw, or is likely to see;

“But I apprehend it has received various corrupting changes, and I have, with most of the present dissenters in England, some doubts as to his divinity; though it is a question I do not dogmatize upon, having never studied it, and think it needless to busy myself with it now, when I expect soon an opportunity of knowing the truth with less trouble. I see no harm, however, in its being believed, if that belief has the good consequence, as probably it has, of making his doctrines more respected and more observed; especially as I do not perceive, that the Supreme takes it amiss, by distinguishing the unbelievers in his government of the world with any peculiar marks of his displeasure.” 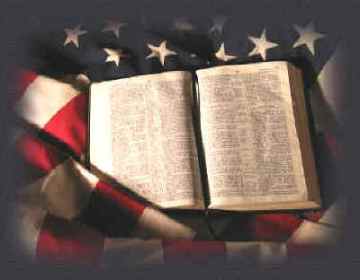 Then Jesus said … “If you abide in My word, you are My disciples indeed. And you shall know the truth, and the truth shall make you free.” (John 8:31-32 NKJV)

For God so loved the world that He gave His only begotten Son, that whoever believes in Him should not perish but have everlasting life. For God did not send His Son into the world to condemn the world, but that the world through Him might be saved. “He who believes in Him is not condemned; but he who does not believe is condemned already, because he has not believed in the name of the only begotten Son of God. And this is the condemnation, that the light has come into the world, and men loved darkness rather than light, because their deeds were evil. For everyone practicing evil hates the light and does not come to the light, lest his deeds should be exposed. But he who does the truth comes to the light, that his deeds may be clearly seen, that they have been done in God.” (John 3:16-21 NKJV)