Also, to every beast of the earth, to every bird of the air, and to everything that creeps on the earth, in which there is life, I have given every green herb for food“; and it was so. Then God saw everything that He had made, and indeed it was very good. So the evening and the morning were the sixth day. (Genesis 1:30-31 NKJV)

Look at the birds of the air, for they neither sow nor reap nor gather into barns; yet your heavenly Father feeds them. Are you not of more value than they? (Mat 6:26 )

These verses have been shared before, but the quote below, that I received from an e-mail, provides another angle.

God Gives every bird its food,

but He does not throw it into its nest.

That quote cause a chuckle at first, but then you begin to really think about it. 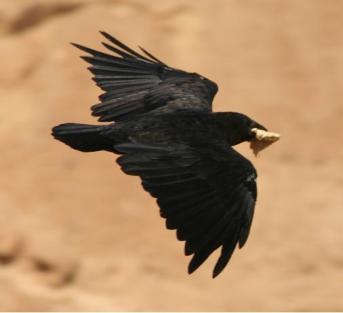 Who provides food for the raven, When its young ones cry to God, And wander about for lack of food? (Job 38:41 NKJV)

He gives to the beast its food, And to the young ravens that cry. (Psalms 147:9 NKJV)

Consider the ravens, for they neither sow nor reap, which have neither storehouse nor barn; and God feeds them. Of how much more value are you than the birds? (Luke 12:24 NKJV)

We know that the Lord provides for the birds, but they have to go out an gather it up. Some have it easy, other birds have to work at finding and then opening up the seeds, snails, nuts or what ever they have. The Lord, through His Creative Hand has given the various birds, the “tools” they need. Special beaks, feet, swift wings, keen eyes, etc.

And God said, “See, I have given you every herb that yields seed which is on the face of all the earth, and every tree whose fruit yields seed; to you it shall be for food. (Genesis 1:29 NKJV)

You cause the grass to grow for the livestock and plants for man to cultivate, that he may bring forth food from the earth (Psalms 104:14 ESV)

Those verse let us know that the Lord has also provided for us. Yet we have to gather it and again, the Lord has given us the skills and tools to feed ourselves. Can we not learn for the birds?

She rises while it is yet night and provides food for her household and portions for her maidens. (Proverbs 31:15 ESV)

Six days you shall labor and do all your work, (Exodus 20:9 NKJV)

I have shown you in every way, by laboring like this, that you must support the weak. And remember the words of the Lord Jesus, that He said, ‘It is more blessed to give than to receive.’ ” (Acts 20:35 NKJV)

Let him who stole steal no longer, but rather let him labor, working with his hands what is good, that he may have something to give him who has need. (Ephesians 4:28 NKJV)

The soul of a lazy man desires, and has nothing; But the soul of the diligent shall be made rich. (Proverbs 13:4 NKJV)

The lazy man will not plow because of winter; He will beg during harvest and have nothing. (Proverbs 20:4 NKJV)

The soul of a lazy man desires, and has nothing; But the soul of the diligent shall be made rich. (Proverbs 13:4 NKJV)

The lazy man will not plow because of winter; He will beg during harvest and have nothing. (Proverbs 20:4 NKJV) 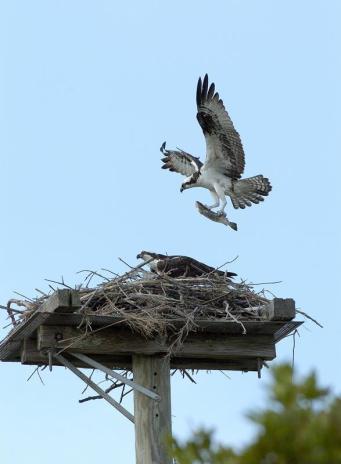 Osprey with Fish by Jim Fenton

For even when we were with you, we commanded you this: If anyone will not work, neither shall he eat. (2 Thessalonians 3:10 NKJV)

4 thoughts on “Birds of the Bible – Feeding”