“When Portuguese and early Dutch colonists began to inhabit the small tropical island of Mauritius in the Indian Ocean, from the early 1500s onwards, they found the island to be the home of a very unusual bird. This bird was as large as a turkey, of ungainly build, with short curly tail feathers and tiny wings. It had a strong black beak with a horny hook at the end. It was so unafraid of man that the Portuguese named it doudo, meaning ‘simpleton’, because it was so trusting they were easily able to hit it on the head and kill it for food. Hence the English name dodo. 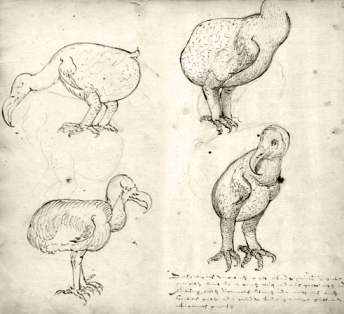 Dodos were slaughtered in large numbers by sailors and settlers, and pigs which were introduced to the island voraciously ate the dodo eggs. The last dodo was killed in 1681—less than 180 years after it was first described.” (Creation 14(1):21 Dec, 1991, by Robert Doolan)

The Dodo was considered stupid or dull-witted because it would let the sailors and travelers walk up to it and club it. The bird had had no natural enemies and so was not afraid. They lived and nested on the ground. When it became extinct, they said it was the way of evolution (survival of fittest), but it has later shown that it was by the direct intervention of man and his introduced dogs and pigs. The bird was not a “dodo” but was a Dodo, a very useful bird. (A play on words) The bird was in the pigeon family they decided and would have placed them in the Columbiformes Order and in the Columbidae Family. 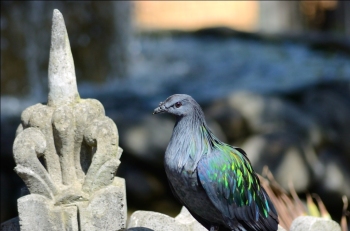 The Nicobar Pigeon is the only living member of the genus Caloenas. Based on cladistic analysis of mtDNA cytochrome b and 12S rRNA sequences, the Nicobar Pigeon is sometimes called the closest living relative of the extinct didines (Raphinae), which include the famous Dodo (Raphus cucullatus). Other pigeons in the Caloenas that were also hunted to extinction include the Kanaka Pigeon and the Liverpool Pigeon.

“Also on Mauritius at the time was a tree known as Calvaria major (Today know as the Tambalacoque (Sideroxylon grandiflorum) or Dodo Tree). At that time it was quite common on the island, but by the 1970s only 13 of these Calvaria trees were left. All 13 were more than 300 years old, and though they produced healthy looking seeds each year, none ever managed to germinate. The trees had puzzled botanists for centuries, for their numbers had strangely begun to decline and no new trees were taking root. Calvaria major seemed destined to go the way of the dodo, but the tree was dying out for no perceptible reason. 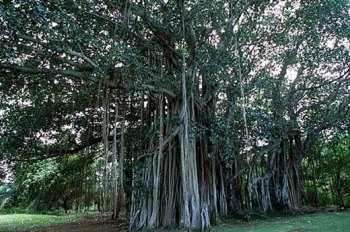 While studying the ecology of Mauritius in the mid-1970s, American ecologist Stanley Temple came up with an ingenious connection between the decline of the Calvaria major trees and the disappearance of the dodo. After considering many factors, Temple concluded that the tree’s large fruit had in times past been eaten by the dodo. The tree’s seeds are encased in a thick-walled protective coat, but the dodo’s stone-filled gizzard was able to exert a powerful crushing pressure on them. The bird’s gizzard (a second stomach for grinding food) would pound away at the seed’s coat, weakening it and cracking it a little, but not enough to damage the seed inside. When eventually deposited by the dodo, the seed was able to germinate.

Without the grinding of the dodo’s gizzard to weaken the thick protective wall, the seed was trapped inside its hard case. When the dodo became extinct just over 300 years ago, Calvaria major’s seeds had no way of germinating. So no new trees grew. 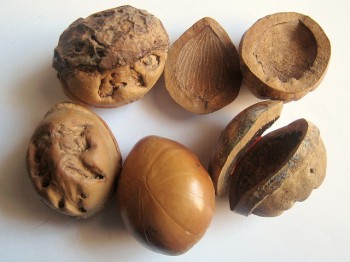 The dodo’s relationship with the Calvaria major is just one fascinating example of the wonderful balance between animals and plants in God’s creation.” (Creation 14(1):21 Dec, 1991, by Robert Doolan)

Today they have used Turkeys, which have a digestive system like the Dodo’s, to eat and help break up the the Calvaria major seeds which helps it to germinate. They have even used Gemstone Polishers to help break up the very hard shelled seeds. The result was quite convincing since many seeds germinated.

“If this theory of symbiosis between the tree and the dodo is nowadays contested, it is nevertheless widely discussed because it helps to understand how species are related, and the role played by humans in maintaining this balance.”

O the depth of the riches both of the wisdom and knowledge of God! how unsearchable are his judgments, and his ways past finding out! (Romans 11:33 KJV)

Our Creator God has so many more of these displays of His Glory in the things that have been “Formed by Him.”

(Various sources from the internet)

Formed by Him Series