And God gave Solomon wisdom and exceedingly great understanding, and largeness of heart like the sand on the seashore. He spoke three thousand proverbs, and his songs were one thousand and five. Also he spoke of trees, from the cedar tree of Lebanon even to the hyssop that springs out of the wall; he spoke also of animals, of birds, of creeping things, and of fish. And men of all nations, from all the kings of the earth who had heard of his wisdom, came to hear the wisdom of Solomon. (1 Kings 4:29, 30,32-34)

While reading these verses lately, I began wondering what HAD Solomon written about the birds. Here is what I have found so far.

Surely, in vain the net is spread In the sight of any bird; (Proverbs 1:17 NKJV)

From John Wesley’s Explanatory Notes “In vain – The fowler who spreads, his net in the sight of the bird looseth his labour. But these, are more foolish than the silly birds, and though they are not ignorant of the mischief which these evil courses will bring upon themselves, yet they will not take warning.”

If you get caught in a snare, struggle like the gazelle or bird to get free. Like Dave Ramsey said last evening on “Town Hall for Hope,” if things get bad get moving and exercise every effort to fix the problem. Don’t just wait for someone else to solve your problem. Don’t stay in the net of no hope.

Till an arrow struck his liver. As a bird hastens to the snare, He did not know it would cost his life. (Proverbs 7:23)

This verse which tells of a bird being enticed into a trap, not knowing that it will kill it, comes in an illustration of a man enticed by an immoral woman. How many lives have been ruined this way. How many families have been lost.

This seems to almost go along with the verse above.

Now that is an interesting case of, “the little birdie told me so.”

I returned and saw under the sun that– The race is not to the swift, Nor the battle to the strong, Nor bread to the wise, Nor riches to men of understanding, Nor favor to men of skill; But time and chance happen to them all. For man also does not know his time: Like fish taken in a cruel net, Like birds caught in a snare, So the sons of men are snared in an evil time, When it falls suddenly upon them. (Ecclesiastes 9:11-12)

Solomon in Ecclesiates changes to more of a “all is vanity” mode. I take this verse to mean that no matter whether you are strong, wise, rich, skillful, or otherwise, that things happen to all of us unexpectedly. All of us can get caught by a tornado, hurricane, flood, tsunami, and your status makes no difference to that circumstance. Even with the best preparations, things happen that are out of our control, but not God’s. 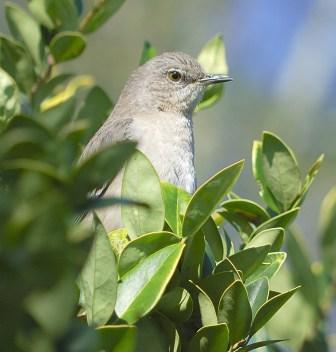 Remember now your Creator in the days of your youth, Before the difficult days come, And the years draw near when you say, “I have no pleasure in them”: While the sun and the light, The moon and the stars, Are not darkened, And the clouds do not return after the rain; In the day when the keepers of the house tremble, And the strong men bow down; When the grinders cease because they are few, And those that look through the windows grow dim; When the doors are shut in the streets, And the sound of grinding is low; When one rises up at the sound of a bird, And all the daughters of music are brought low. Also they are afraid of height, And of terrors in the way; When the almond tree blossoms, The grasshopper is a burden, And desire fails. For man goes to his eternal home, And the mourners go about the streets. Remember your Creator before the silver cord is loosed, Or the golden bowl is broken, Or the pitcher shattered at the fountain, Or the wheel broken at the well. Then the dust will return to the earth as it was, And the spirit will return to God who gave it. (Ecclesiastes 12:1-7)

These verses remind us to “Remember now your Creator.” While we are young accept the Lord the Creator and learn of Him. One day you will be old, and things slow down, and you wake early at a birds singing (most likely a Mockingbird because they sing really early) while others that are young get a full nights rest. Or, it could be that a person is so afraid that even a bird’s song frightens them awake. Solomon is reminding us to keep the Creator foremost because one day we will return to dust.

All quotes are from NKJV.

3 thoughts on “Birds of the Bible – Solomon’s Birds”