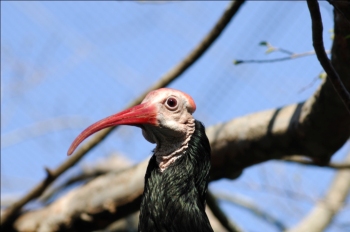 While working on Birds of the Bible – Isaiah 34:11, I was pointing out how the different versions of the Bible translated that verse. One of the birds that appeared in those verses was the Ibis. After searching through e-Sword, “Ibis/Ibises” showed up in four different Scriptures. The Ibis is being added as a Bird of the Bible and will have it’s own page, Ibises.

Leviticus 11 and Deuteronomy 14 both have the list of clean and unclean birds that the Israelites were to observe.

There is one other reference to an “ibis” and that is in the GNB (Good News Bible) which I totally disagree with its translation.
(GNB) Who tells the ibis when the Nile will flood, or who tells the rooster that rain will fall?

The way it reads, there is no mention of a any kind of a bird or an ibis.

Wikipedia has this to say about the Ibis (edited) “The ibises (collective plural ibis; classical plurals ibides and ibes) are a group of long-legged wading birds in the family Threskiornithidae of the Pelicaniformes Order.
They all have long down curved bills, and usually feed as a group, probing mud for food items, usually crustaceans. In Florida, they probe around in yards looking for insects or whatever. Most species nest in trees, often with spoonbills or herons.
The word ibis comes from Greek and Latin, and probably from the Ancient Egyptian. According to Josephus, Moses employed ibes against serpents during a desert campaign into Ethiopia in his early life. Pliny the Elder also recounted, “The Egyptians invoked [ibes] against the serpents.” 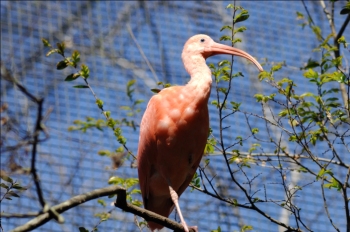 The Sacred Ibis was an object of religious veneration in ancient Egypt, particularly associated with the god, Thoth. At the town of Hermopolis, ibises were reared specifically for sacrificial purposes and in the Serapeum at Saqqara, archaeologists found the mummies of one and a half million ibises and hundreds of thousands of falcons.
According to local legend in the Birecik area, the Northern Bald Ibis was one of the first birds that Noah released from the Ark as a symbol of fertility, and a lingering religious sentiment in Turkey helped the colonies there to survive long after the demise of the species in Europe. (Not found in Scripture)
The mascot of the University of Miami is an American White Ibis. The ibis was selected as the school mascot because of its legendary bravery during hurricanes. The ibis is the last sign of wildlife to take shelter before a hurricane hits and the first to reappear once the storm has passed.  By the same token, the short story The Scarlet Ibis used the hearty bird’s appearance and untimely demise inland to foreshadow one of the central character’s death.
The Sacred Ibis is the unit symbol of the Israeli Special Forces unit known as Unit 212 or Maglan in Hebrew: מגלן.” 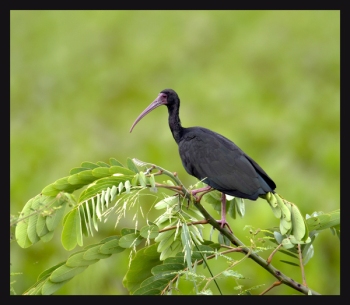 Here is a list of the Ibises, by their genera

One thought on “Birds of the Bible – Ibises”