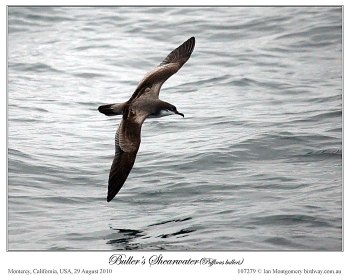 An interesting article by Donna L. O’Daniel provided the background for this blog. You can see her complete article at: Water, Water Everywhere . . . And Not A Drop To Drink. See the article for some of the more technical aspects of this.

Birds that are at sea for months and even years must have a way to quench their thirst. How can they do that? If we drink seawater, which is loaded with salt, we would be in deep trouble. Most regular birds would also suffer harm if they were to drink the salty water all the time. Birds like the Albatrosses, Petrels, Tubenoses and Shearwaters do, in fact, drink saltwater. 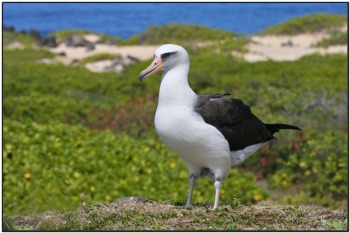 You would know that the Lord God, the Creator God, would have already prepared these birds for this situation. And so He did.

For My thoughts are not your thoughts, Nor are your ways My ways,” says the LORD. “For as the heavens are higher than the earth, So are My ways higher than your ways, And My thoughts than your thoughts. (Isaiah 55:8-9 NKJV)
Have you not known? Have you not heard? The everlasting God, the LORD, The Creator of the ends of the earth, Neither faints nor is weary. His understanding is unsearchable. (Isaiah 40:28 NKJV)

“Sea birds like the albatross drink freely from sea water but never seem to suffer any ill effects. They manage this because their physiology has become adapted to the sea environment. They have special glands just behind their eyes that actively pump salt out of their blood and into narrow tubes that lead into the bird’s nostril. The excess salt drips harmlessly out of the body, restoring the blood salt level back to normal.” “Seabirds can drink seawater and have salt glands inside the head that eliminate excess salt out of the nostrils.” (Internet)

Wikipedia has this to say about the Albatrosses: “Albatrosses, along with all Procellariiformes have a need to lower their salt content due to their drinking of ocean water. All birds have an enlarged nasal gland at the base of the bill, above their eyes. This gland is inactive in species that don’t require it; however the Procellariiformes do require its use. Scientists are uncertain as to its exact processes, but do know in general terms that it removes salt that forms a 5% saline solution that drips out of their nose or is forcibly ejected in some birds.“

For since the creation of the world His invisible attributes are clearly seen, being understood by the things that are made, even His eternal power and Godhead, so that they are without excuse, because, although they knew God, they did not glorify Him as God, nor were thankful, but became futile in their thoughts, and their foolish hearts were darkened. (Romans 1:20-21 NKJV)

Given the complexity of the functioning of avian salt glands, their existence by design can hardly be denied. The evidence for design that is obvious in the avian salt gland suggests a Designer who not only created the gland, but the entire animal, the earth, and the entire universe.” From Donna’s Article (see above)

And He said to me, “It is done! I am the Alpha and the Omega, the Beginning and the End. I will give of the fountain of the water of life freely to him who thirsts. (Revelation 21:6 NKJV)
And the Spirit and the bride say, “Come!” And let him who hears say, “Come!” And let him who thirsts come. Whoever desires, let him take the water of life freely. (Revelation 22:17 NKJV)

More Formed By Him articles