“And the dove came in to him in the evening; and, lo, in her mouth was an olive leaf pluckt off: so Noah knew that the waters were abated from off the earth.” 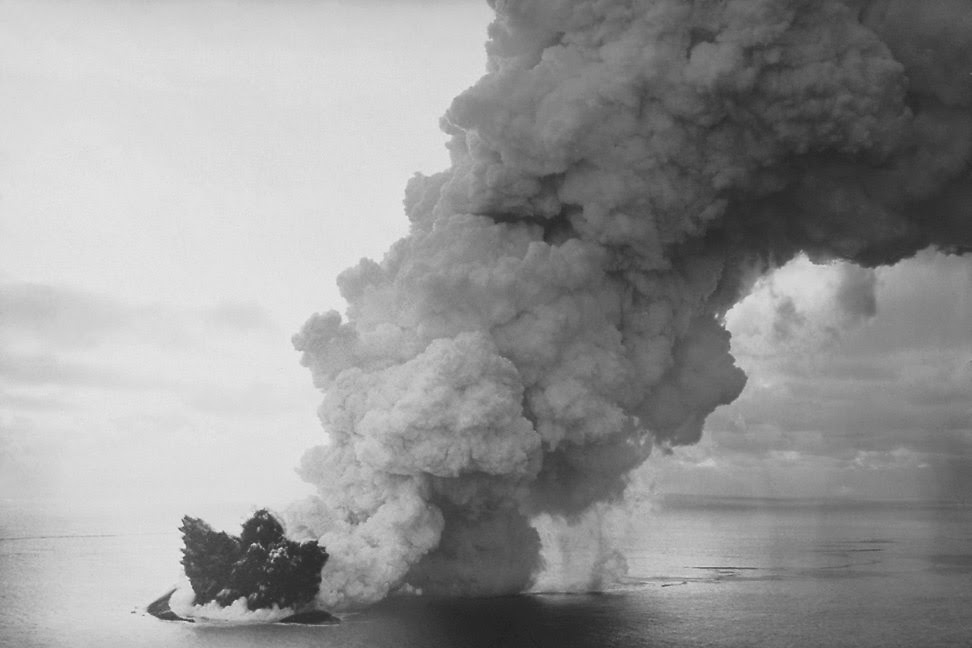 In November 1963, an undersea volcano close to Iceland began to erupt. Emerging lava caused the sea to boil and steam. Gradually, the volcano began to appear above the waves. The eruption continued for three and a half years, causing a new island to emerge, one square mile in area and elevations of 560 feet above the surf. Of course, in the half century since the birth of this new island, erosion has reduced it somewhat – to a mere 506 feet above the sea and an area of only 0.54 square miles.

When the volcano had cooled, scientists flocked to the area to study what was likely to happen to this new piece of real estate. Biologists were particularly interested in how long it would take for life to colonize this bleak new rocky island. Only a few scientists are allowed to land on Surtsey. Most visitors only see the island from the windows of a plane.

Mosses were seen by 1967 and lichens by 1970. These two types of plants now cover much of the island. In 1998, a small willow bush had been observed to have grown. Limited animal life – such as gulls, puffins and seals – have set up home there. The bird guano is of particular use in fertilizing the soil for further plant growth. Insects, spiders and beetles can also now be found.

Surtsey has provided a living laboratory of how colonization of barren real estate can take place. Such recolonization could readily have happened worldwide after the Genesis Flood.

Prayer: Your grace and power, Lord, are seen – even in the outworking of natural processes – in places like Surtsey and Mount St Helens. Thank you for Your amazing power. Amen.

Here are more facts, articles and YouTubes about Surtsey.

Creation Magazine had these articles, Surtsey, the young island that looks old, and Surtsey Still Surprises. They produced this YouTube from that last article.

I found this quote from Surtsey Still Surprises article:

“Birds began nesting on Surtsey in 1970, producing chicks just three years after the lava stopped flowing. These early residents were seabirds such as fulmars and black guillemots, building nests of pebbles, and keeping to the cliffs. But in the summer of 1985, a pair of lesser black-backed gulls arrived and constructed a nest of plant materials on the lava flats. They returned the following year with others, and there is now a permanent gull colony of more than 300 pairs.

The birds have contributed to Surtsey’s ‘greening’. Snow buntings brought the seeds of bog rosemary from Britain in their gizzards. Combined with bird excreta, seeds grow rapidly—there is now a ‘bright green oasis’ spreading from the gull colony. Geese now graze the island’s vegetation. The cycle continues. The plants support insects which attract birds that bring more plants. Recent arrivals include willow bushes and puffins (see right). According to the Icelandic Institute of Natural History, ‘we now have a fully functioning ecosystem on Surtsey.’” [Bolding mine]

And all of this did not take millions of years.

“For, lo, he that formeth the mountains, and createth the wind, and declareth unto man what is his thought, that maketh the morning darkness, and treadeth upon the high places of the earth, The LORD, The God of hosts, is his name.” (Amos 4:13 KJV)

“Ah Lord GOD! behold, thou hast made the heaven and the earth by thy great power and stretched out arm, and there is nothing too hard for thee:” (Jeremiah 32:17 KJV)

4 thoughts on “Where Is This Island From? – Creation Moments”