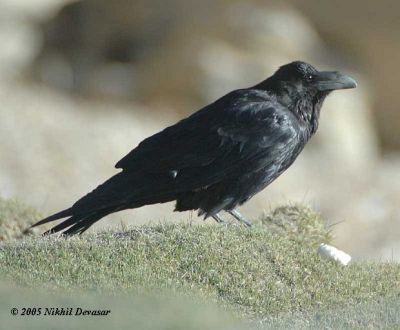 Better than the Birds

He’s not finished with the birds yet – notice verse 7 again – the last part – Do not fear; you are more valuable than many sparrows.

Matthews account says, “Are you not worth much more than they?

In case we didn’t pick up on the lesson – in case we’re a little slow – God’s care of the lesser creation ensures His care of His highest creation.

Evidently Jesus thinks we just might be a little slow on the uptake here – or maybe find it hard to believe – so He circles back around to this subject again and adds another pearl to the string – look over at verse 24. Consider the ravens, for they neither sow nor reap, they have no store room nor barn, and yet God feeds them; how much more valuable you are than the birds!

Maybe Jesus repeated this lesson simply because He knew that billions of people one day would struggle with believing they were less valuable than animals.

Was God peering into the 21st century or what?

You sit through the average Animal Planet program or read the latest evolutionary textbook taught to middle schoolers and you’ll get the message loud and clear that human beings have messed up the circle of life; humans have interrupted the food chain; humans are in the way and if we’d only get out of the way, the animals who evidently have the right to be on the planet – because they evolved first – would get what they deserve; if we’d just go back to living in caves, the animals would be able to enjoy their lives so much better.

That message is coming across loud and clear! Whenever you remove the glory of God’s created order, Genesis 1 and 2, where mankind was made in the image of God and given the right to rule earth – to train and subjugate and benefit from the animal kingdom – you end up with a culture where animals ultimately matter more.

You now exist to serve them; you now live to make their lives more comfortable.

Now I’m not defending animal abuse, by the way. We’re to be good stewards of earth and the animal kingdom.

But go visit India today, and watch, as I did, sacred cows which have been given superior rights within their culture – watch them meander across busy roadways and down streets cluttered with starving children – and begging mothers with babies on their hips; where a child starving to death is less important than a cow having something to eat.

Apart from God, we don’t.

Apart from the words of Jesus Christ, the creator of all things (Colossians 1), we might be confused – look again at verse 24 – you are more valuable than the birds.

Is that radical news or what?

And this really got the attention of Jesus’ Jewish audience, by the way, because Jesus used ravens as an example here – ravens were considered unclean according to Mosaic Law (Leviticus 11:13-15).vii

The ravens were unclean birds.

I’m sorry for how that makes you Baltimore Ravens fans feel – I’m sorry you had to find that out – you’ve been cheering all along for unclean animals . . . you already knew that.

And you know why I’m so glad Jesus added this illustration?

Because the enemy of our heart and spirit and joy will more than likely come and whisper in our ear – sparrows might be cheap, but at least they’re clean animals – no wonder God cares about them; but you’re more like an unclean bird . . . despised and unclean according to God’s holy law . . . you don’t deserve God’s attention.

You have very reason to worry about your life.

But notice – verse 24. God has managed to care for them too – He effectively feeds them too – and get this – “How much more valuable you are than the animal kingdom!”

(Copied with permission from Wisdom for the Heart and Pastor Stephen Davey.)