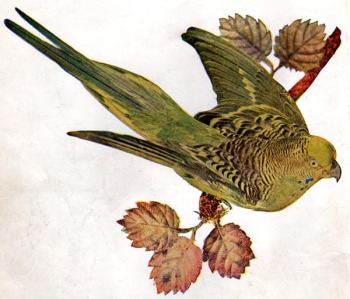 I am a Parrakeet. I belong to the Parrot family. A man bought me and brought me here. It is not warm here, as it was where I came from. I almost froze coming over here. I am not kept in a cage. I stay in the house and go about as I please. There is a Kitty Cat in the house. Sometimes I ride on her back. I like that. I used to live in the grass lands. It was very warm there. I ran among the thick grass blades, and sat on the stems and ate seeds. I had a wife then. Her feathers were almost like mine. We never made nests. When we wanted a nest, we found a hole in a gum tree. I used to sing to my wife while she sat on the nest. I can mock other birds. Sometimes I warble and chirp at the same time. Then it sounds like two birds singing. My tongue is short and thick, and this helps me to talk. But I have been talking too much. My tongue is getting tired. I think I’ll have a ride on Kitty’s back. Good bye. 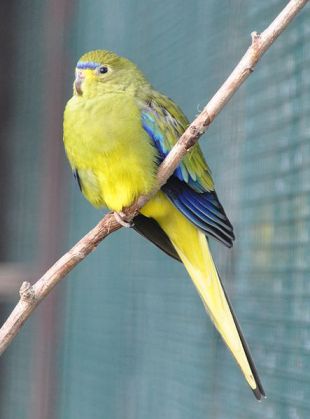 ARRAKEETS have a great fondness for the grass lands, where they may be seen in great numbers, running amid the thick grass blades, clinging to their stems, or feeding on their seeds. Grass seed is their constant food in their native country. In captivity they take well to canary seed, and what is remarkable, never pick food with their feet, as do other species of parrots, but always use their beaks. “They do not build a nest, but must be given a piece of wood with a rough hole in the middle, which they will fill to their liking, rejecting all soft lining of wool or cotton that you may furnish them.” Only the male sings, warbling nearly all day long, pushing his beak at times into his mate’s ear as though to give her the full benefit of his song. The lady, however, does not seem to appreciate his efforts, but generally pecks him sharply in return. A gentleman who brought a Parrakeet from Australia to England, says it suffered greatly from the cold and change of climate and was kept alive by a kind-hearted weather-beaten sailor, who kept it warm and comfortable in his bosom. It was not kept in a cage, but roamed at will about the room, enjoying greatly at times, a ride on the cat’s back. At meals he perched upon his master’s shoulder, picking the bits he liked from a plate set before him. If the weather was cold or chilly, he would pull himself up by his master’s whiskers and warm his feet by standing on his bald head. He always announced his master’s coming by a shrill call, and no matter what the hour of night, never failed to utter a note of welcome, although apparently asleep with his head tucked under his wing. 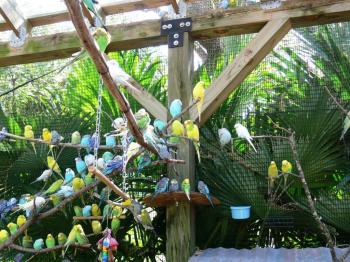 I am not really sure which Parakeet they are referring to in this article. Today their is not really an Australian Grass Parakeet, but the Elegant Parakeet favors the photo-drawing, but also Budgerigars also favor that drawing. At any rate, they are neat little birds and both can talk as mentioned.

Wikipedia says this about Grass Parakeets:  “Its common name is Elegant Parrot, but has also been called Elegant Parakeet, Elegant Grass Parakeet, and Grass Parrot in the past. The Elegant Parrot is 23 cm (9 in) long and predominantly golden olive in colour with a dark blue frontal band line above with lighter blue. while abdomen and vent are yellow. The female is a duller shade of olive all over and has a narrower blue frontal band. The wings are predominantly olive with outer flight feathers dark blue. The yellow edged tail has shades of olive and blue. The bill and legs are grey and the eyes dark brown. Juveniles are duller and lack the frontal bands.”

“The Budgerigar (Melopsittacus undulatus), also known as common pet parakeet or shell parakeet informally nicknamed the budgie, is a small, long-tailed, seed-eating parrot, and the only species in the Australian genus Melopsittacus. Wild budgerigars are found throughout the drier parts of Australia, where the species has survived harsh inland conditions. Naturally green and yellow with black, scalloped markings on the nape, back, and wings, breeders have created a rainbow of blues, whites, and yellows, greys, and even forms with small crests. Budgerigars are popular pets around the world due to their small size, low cost, ability to mimic human speech and playful nature.
The budgerigar is closely related to the lories and the fig parrots. Although budgerigars are often, especially in American English, called “parakeets“, this term refers to any of a number of small parrots with long, flat tails. 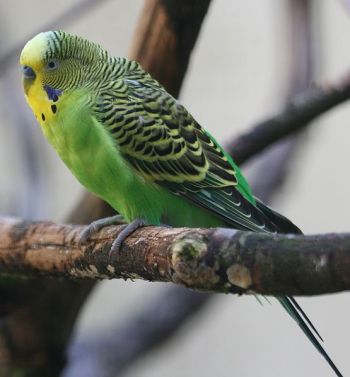 Both the Elegant Parrot (Neophema elegans) and the Budgerigar (Melopsittacus undulatus) are in the Psittacidae – Parrots Family. I lean toward the Budgerigar, but take your choice. Whatever, they are very colorful and a delight to watch and observe. The Lord put lots of color potential in the parakeet family. 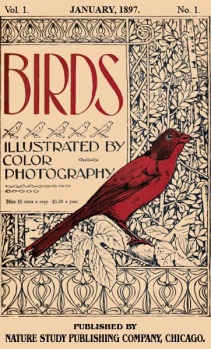 Birds Illustrated by Color Photography – Revisited – Introduction The above article is the fifth article in the monthly serial that was started in January 1897 “designed to promote Knowledge of Bird-Live.” These include Color Photography, as they call them, today they are drawings. There are at least three Volumes that have been digitized by Project Gutenberg.

Next Article – The Cock-Of-The-Rock