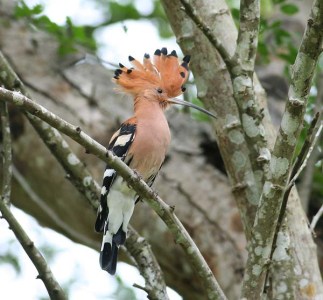 King Solomon and The Birds ~ from The Curious Book of Birds

KING SOLOMON AND THE BIRDS – Part 1

ING SOLOMON was wiser than all men, and his fame was in all nations round about Jerusalem. He was so wise that he knew every spoken language; yes, but more than this, he could talk with everything that lived, trees and flowers, beasts and fowls, creeping things and fishes. What a very pleasant thing that was for Solomon, to be sure! And how glad one would be nowadays to have such knowledge!

Solomon was especially fond of birds, and loved to talk with them because their voices were so sweet and they spoke such beautiful words. One day the wise King was chatting pleasantly with the birds who lived in his wonderful garden, and these are some of the things which he heard them say. The Nightingale, the sweetest singer of all, chanted,—

“Contentment is the greatest happiness.”

“It would be better for most people never to have been born,” crooned the melancholy Turtle-Dove.

The happy little Swallow gave her opinion,—”Do good and you will be rewarded hereafter.”

The harsh cry of the Peacock meant, “As thou judgest so shalt thou be judged.”

The Hoopoe said, “He who has no pity for others will find none for himself.”

The cynical old Crow croaked disagreeably, “The further away from men I am, the better I am pleased.”

Last of all the Cock who sings in the morning chanted his joyous song,—”Think of your Creator, O foolish creatures!”

When they had finished talking King Solomon softly stroked the head of the pretty little Dove and bade her cheer up, for life was not so dreadful a thing, after all. And he gave her permission to build her nest under the walls of the great Temple which he was building, the most beautiful, golden house in the whole world. Some years afterward the Doves had so increased in numbers that with their extended wings they formed a veil over the numberless pilgrims who came to Jerusalem to visit the wonderful Temple.

But of all the winged singers who spoke that day in the garden, the wise King chose to have ever near him the Cock, because he had spoken words of piety, and the nimble Hoopoe, because he was able to plunge his clear gaze into the depths of the earth as if it were made of transparent glass and discover the places where springs of living water were hidden under the soil. It was very convenient for Solomon, when he was traveling, to have some one with him who was able to find water in whatsoever place he might be resting.

Thus the Cock and the Hoopoe became Solomon’s closest companions; but of the two the Hoopoe was his favorite. The Hoopoe is an Eastern bird and we do not see him in America. He is about as big as a Jay, colored a beautiful reddish gray, with feathers of purple, brown, and white, and his black wings are banded with white. But the peculiar thing about a Hoopoe is his crown of tawny feathers, a tall crown for so small a bird. And this is the story of the Hoopoe’s crown.

King Solomon and The Birds – Part 2

King Solomon and The Birds – Part 3

I will praise You, for I am fearfully and wonderfully made; Marvelous are Your works, And that my soul knows very well. (Psalms 139:14 NKJV)

The Bible tells us that we are to be content with the way the Lord made us and we should delight or be happy to do what the Lord wants. That also includes doing what your parents want you to do.

2 thoughts on “King Solomon and The Birds – Part 1”