THE BOBOLINKS HAVE A TEA PARTY

Who Should Arrive But the Fairies

“The other day,” commenced daddy, “the bobolinks had an afternoon tea.

“The tea party was given for the meadow larks. The bobolinks are great friends of the meadow larks and they wanted to be the first this season to entertain them. Besides, most of the bobolinks had new summer homes and their colony was near a beautiful stream.

“You know the bobolinks always build their homes in the meadows—but they build very near a stream and their homes are always deep down in the long grass.

“They had all come to live in Waving Grassland for the summer—that is, all the bobolinks who always moved about together in the summer and winter—and many of their friends, the meadow larks, were on hand to greet them. A number of others were going to arrive in a few days—before the tea party.

“Now Waving Grassland was very beautiful country. The meadows were very large and the grass was so beautiful and so long that it always waved in the soft breezes, so that the bobolinks named their new summer place Waving Grassland. 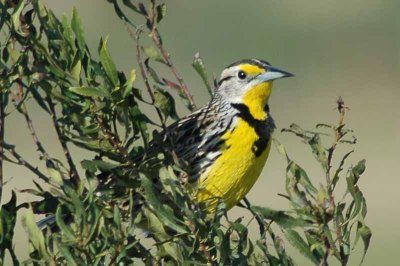 “And so the bobolinks made all their preparations for the tea party. The guests arrived dressed up in their best new summer plumage. The meadow larks came first, as they were the guests of honor. 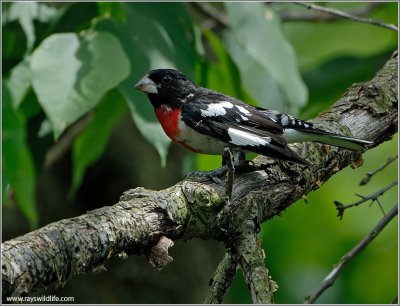 “The red-breasted grosbeak family were all there looking too lovely for words. And the bluejays, 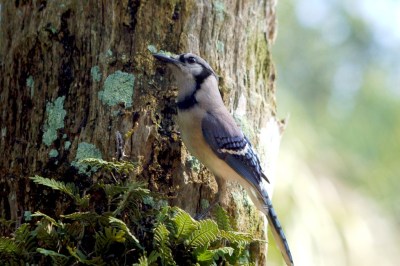 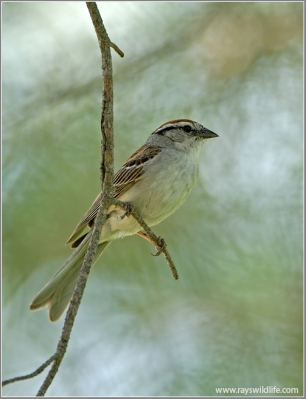 and even the shy vireos ventured forth. 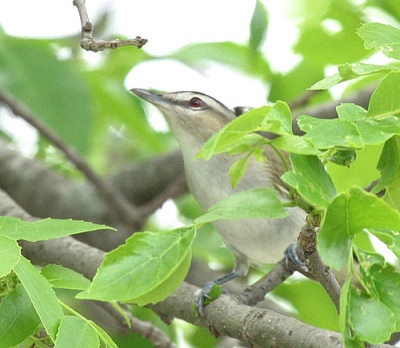 Of course, usually they hate parties, but they loved the stream nearby and the beautiful country the bobolinks were living in, and they thought at least once a year they ought to be a little bit sociable and friendly with their neighbors.

“After they had all chatted together—to us it would have sounded more like chirping—the bobolinks began to serve tea.

“They had spring water for their tea—the water from the cool stream which had a deep spring within it. And this tea they served in little moss-covered stones. That gave it the most delicious flavor, and all the birds asked the bobolinks where they had found such good tea. You know in birdland they don’t ask each other where anything is bought, but where it is found! And the bobolinks told their secret.

“But as they were drinking cup after cup—or stoneful after stoneful—of tea, who should arrive but all the fairies!

“The birds greeted the fairies with their best songs—or their way of saying ‘We’re so glad to see you’—and the bobolinks trilled with joy because they had arranged this lovely surprise for their guests.”

In that day,’ says the LORD of hosts, ‘Everyone will invite his neighbor Under his vine and under his fig tree.’ ” (Zechariah 3:10 NKJV)

Then He also said to him who invited Him, “When you give a dinner or a supper, … But when you give a feast, invite the poor, the maimed, the lame, the blind. And you will be blessed, because they cannot repay you; for you shall be repaid at the resurrection of the just.” (Luke 14:12-14 NKJV)

That was nice of the Bobolinks to invite their neighbors and friends. We also should be willing to invite and share with others our blessings. Also, it sounds like they had a lot of fun and chats. Are you friendly to those around you and willing to share. We should share and not expect to receive something in return.

The best thing we can share is our faith in the Lord Jesus Christ. ABC’s of the Gospel

Another Bird Tale From