Now here’s a combination for you. We finished up that large five family Galliformes Order last Sunday, and today we have two Orders with only one family each. Both of those families are small in number. The Loons and Penguins are not related, but they do both have the same Great Creator. They just happen to be next to each other in the Taxonomy List. I mentioned that they are not related, but looking at these two photos, you can see why their Orders are next to one another. 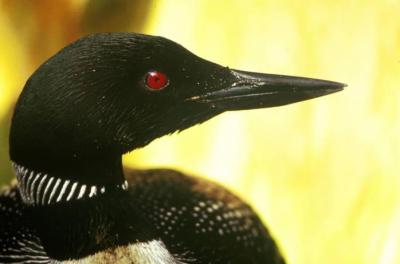 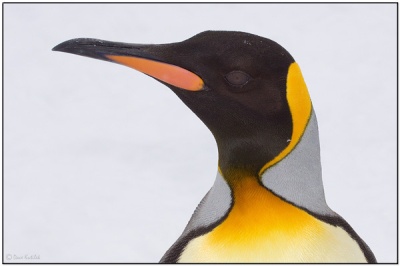 Loons are in the Gaviiformes Order which only has one family, the Gaviidae, containing only five members of that family.

The loon, the size of a large duck or small goose, resembles these birds in shape when swimming. Like ducks and geese but unlike coots (which are Rallidae) and grebes (Podicipedidae), the loon’s toes are connected by webbing. The bird may be confused with cormorants (Phalacrocoracidae), which are not too distant relatives of divers and like them are heavy set birds whose bellies – unlike those of ducks and geese – are submerged when swimming. Flying loons resemble plump geese with seagulls’ wings that are relatively small in proportion to the bulky body. The bird points its head slightly upwards during swimming, but less so than cormorants. In flight the head droops more than in similar aquatic birds. 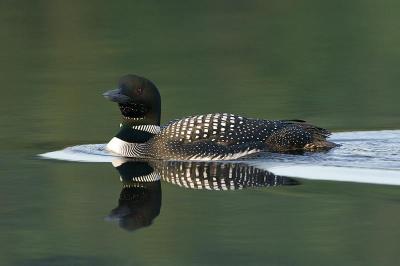 Male and female loons have identical plumage. Plumage is largely patterned black-and-white in summer, with grey on the head and neck in some species. All have a white belly. This resembles many sea-ducks (Merginae) – notably the smaller goldeneyes (Bucephala) – but is distinct from most cormorants which rarely have white feathers, and if so usually as large rounded patches rather than delicate patterns. All species of divers have a spear-shaped bill.

Males are larger on average, but relative size is only apparent when the male and female are together. 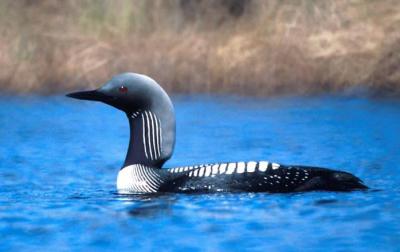 In winter plumage is dark grey above, with some indistinct lighter mottling on the wings, and a white chin, throat and underside. The species can then be distinguished by certain features, such as size and colour of head, neck, back and bill, but often reliable identification of wintering divers is difficult even for experts – particularly as the smaller immature birds look similar to winter-plumage adults, making size an unreliable means of identification. 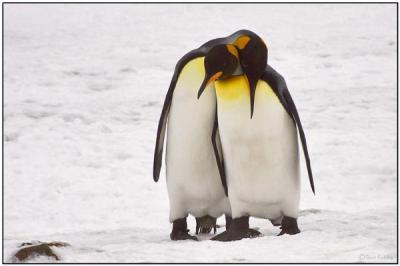 King Penguins – head on her shoulder

Penguins, which belong to the Spheniscidae Family and Sphenisciformes. Their family has eighteen (18) species to adore. We, Dan and I, have been able to see penguins at various zoo, but many of those have them displayed in a way that is difficult to get good photos. Ian and these other photographer are able to travel to where penguins live and are able to see and take their pictures in the wild.

Penguins are a group of aquatic, flightless birds. They live almost exclusively in the Southern Hemisphere, with only one species, the Galapagos penguin, found north of the equator. Highly adapted for life in the water, penguins have countershaded dark and white plumage, and their wings function as flippers. Most penguins feed on krill, fish, squid and other forms of sealife caught while swimming underwater. They spend about half of their lives on land and half in the oceans. 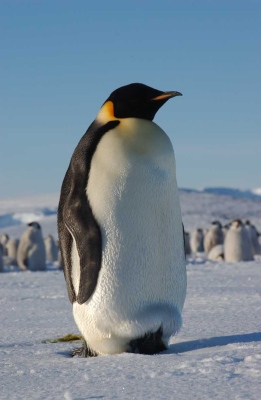 Emperor with egg on feet ©WikiC

Although almost all penguin species are native to the Southern Hemisphere, they are not found only in cold climates, such as Antarctica. In fact, only a few species of penguin live so far south. Several species are found in the temperate zone, and one species, the Galápagos penguin, lives near the equator.

The largest living species is the emperor penguin (Aptenodytes forsteri): on average adults are about 1.1 m (3 ft 7 in) tall and weigh 35 kg (77 lb) or more. The smallest penguin species is the little blue penguin (Eudyptula minor), also known as the fairy penguin, which stands around 40 cm (16 in) tall and weighs 1 kg (2.2 lb). Among extant penguins, larger penguins inhabit colder regions, while smaller penguins are generally found in temperate or even tropical climates (see also Bergmann’s rule). Some prehistoric species attained enormous sizes, becoming as tall or as heavy as an adult human. These were not restricted to Antarctic regions; on the contrary, subantarctic regions harboured high diversity, and at least one giant penguin occurred in a region around 2,000 km south of the equator, in a climate decidedly warmer than today. [Wikipedia, with editing]

*
We have also a more sure word of prophecy; whereunto ye do well that ye take heed, as unto a light that shineth in a dark place, until the day dawn, and the day star arise in your hearts:” (2 Peter 1:19 KJV)