Ken Ham, from Answers in Genesis, wrote an article about Dingos, The Dingo—It’s Not a Dog, But It’s a “Dog”. We have watched a pair of them at the Lowry Park Zoo in Tampa many times.

In fact the ones at Lowry are promoted as “Singing Dogs.”

Anyway, the article tell how with DNA testing, it is just again proving that the Lord created different “Kinds” with in the Dog Family. The Dingo is its own species, yet it is still in the Canidae Family. They “can reproduce with domestic and feral dogs.”

I always enjoy when real science reveals the truths which the Lord God has already revealed in His Word, the Bible.

Here’s a video that I took at the zoo when the two of them got to calling/singing back and forth.

“There are, it may be, so many kinds of voices in the world, and none of them is without signification.” (1 Corinthians 14:10 KJV) 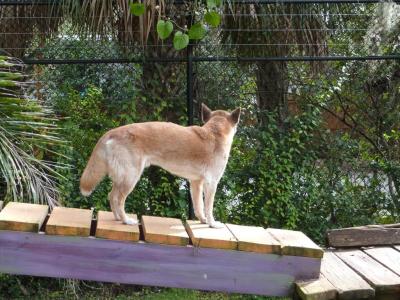 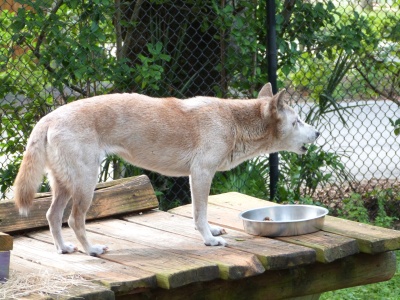 A previous blog here about the Singing Dogs: