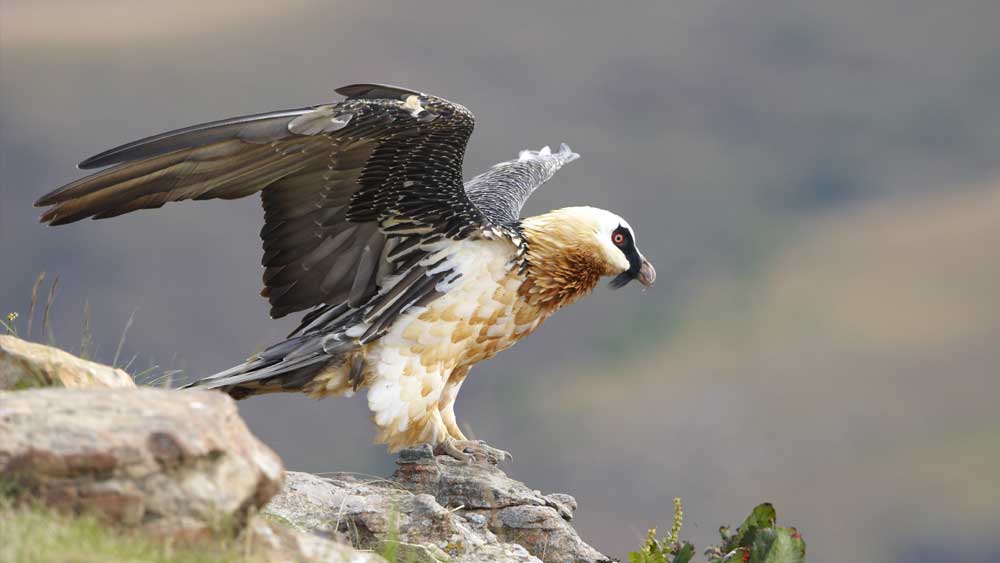 What is an oceanic fish-eating seabird doing atop an inland trampoline in England? That was the question, recently, when a North Atlantic Gannet was seen resting on a British trampoline.(1)

Later, the weary-looking gannet moved to a garden, before it was gently captured by a resident (using a towel), who turned the poor seabird over to animal carers, who should return the bird to the wild after its health is aptly rehabilitated.

A seabird native to the North Atlantic has been rescued by the RSPCA after it took up residence in a Norfolk garden. Dawn Austin discovered the gannet resting on a trampoline in her North Wootton garden on Tuesday [June 2, 2020] and contacted vets when it did not fly away. … [Someone with] the RSPCA [Royal Society for Prevention of Cruelty to Animals] said there were no “obvious injuries” but the gannet was “very weak” and vets were doing all they could to help him. … feeding him three times a day as he was unable to feed himself, but they hoped that “having a chance to rest and recover” would help him “find the strength to pull through”.(1)

But gannets are seabirds—they belong at sea, not on trampolines! Gannets are gregarious seagulls that go far offshore to scoop up North Atlantic fish.

Gannets are a protected species under the Wildlife and Countryside Act 1981 and can dive at speeds of 60mph (96.5kmh) to catch fish.(1)

The largest seabirds in the North Atlantic can travel hundreds of miles from their homes just to catch food. … by following their elders. Scientists recorded thousands of [these] seabirds commuting to and from the Bass Rock, in the outer part of the Firth of Forth in the east of Scotland.(2)

So how did the ocean-faring gannet end up resting on an inland trampoline? The animal protection charity guessed that the bird “was blown off course”.(1)

This is understandable, since the British Isles (and their coastal waters) have been experiencing some weird weather lately.(3)

Meanwhile, being blown off-course can change an individual’s destiny, and thus also he destinies of progeny who descend from that individual.(4)

And, in some cases, a ship being blown off-course can lead to world-changing consequences.(5),(6)

Consider how the apostle Paul, and those traveling with him in a boat, were blown off-course—and eventually shipwrecked off the coast of Malta, in the Mediterranean Sea.(5) Paul’s ministry unto Maltese individuals would not have occurred had it not been for the “accidental” shipwreck that providentially occurred there.(6)

Likewise, the Mayflower Separatists (“Pilgrims”) who sailed west in A.D.1620—400 years ago—were blown off-course, reaching (and settling in) what is now part of Massachusetts, rather than territory farther south (in “Virginia”, which then stretched up to the Hudson River) as planned.(5)

Yet God’s providence, seen in hindsight, makes sense of the Pilgrims landing at Plymouth—and thus the Pilgrims were forced to establish their own Scripture-based form of colonial self-government, rather than the Pilgrims arriving in “Virginia” territory, to merely join a preexisting colony south of Plymouth.(5)

Being blown off-course can be scary, to be sure—losing control (or, or put more accurately), losing the feeling of being in control) is usually a nerve-wracking experience. Yet God is in control—even in the storms of life.(7)

And, providentially speaking, sometimes an unexpected destination includes some unexpected help from strangers, such as Squanto and Hobomok, if you are a Mayflower Pilgrim. Or, if you are a wind-tossed seabird like a North Atlantic gannet, the help might come from Dawn Austin and some RSPCA vets.(8)

Are not two sparrows [στρουθια] sold for a farthing? and one of them shall not fall on the ground without your Father. But the very hairs of your head are all numbered.  Fear ye not therefore, ye are of more value than many sparrows [στρουθιων].   (Matthew 10:29-31)

Are not five sparrows [στρουθια] sold for two farthings, and not one of them is forgotten before God?  But even the very hairs of your head are all numbered. Fear not therefore: ye are of more value than many sparrows [στρουθιων].   (Luke 12:6-7)

It’s good to know that we are worth far more, to God Himself, than many “sparrows”.  However, the term “sparrows” (as quoted above) is an English translation of the New Testament Greek noun strouthion, a fairly general word for “small bird’ that can include many varieties of perching songbirds, in general, including yet not limited to the birds we label “sparrows”(1) —  including the Whinchat, a sometimes inconspicuous little songbird that resembles a thrush, wheatear, or a flycatcher.  (Or maybe a redstart?)

It was my privilege, on July 13th of AD2006, to view a Whinchat (Saxicola rubetra) among some roadside weeds, while in the fine company of my wonderful wife (Sherry) and Dr. Bill Cooper, England’s top-tier gentleman and scholar.

The bird-book that I was using, that day (as Laird Bill drove us along a motorway between Harwich and London), described the common Whinchat as follows:

Restless, short-tailed chat that perches openly on bush-tops, tall weeds and fences, flicking its wings and tail. Males in summer distinctive.  Females and autumn birds can be confused with the female Stonechat, but Whinchat’s conspicuous creamy eyebrows, boldly streaked rump and white wedges at base of tail (often noticed as birds flick tail to balance in the wind) are reliable fieldmarks.

[Quoting Chris Knightley & Steve Madge, POCKET GUIDE TO THE BIRDS OF BRITAIN AND NORTH-WEST EUROPE (Yale Univ. Press, 1998), page 212.]  The Whinchat is a summer migrant, visiting (and nesting in) Great Britain and much of western Europe during the spring and summer months, migrating south to northwestern Africa for the winter months.  Its habits are typical of many other insect-eating passerines:

More surprising, to the birding community, is the capture and DNA verification (by the Lista Bird Observatory in Vest-Agder, Norway, during September AD2013) of a hybrid parented by male Common Redstart (Phoenicurus phoenicurus) and a female Whinchat (Saxicola rubetra), published in the Journal of Ornithology.(2)

The male Redstart-Whinchat hybrid was captured by bird-banding volunteers, near the southern tip of Norway’s peninsula.

“We have a standardized bird banding project where we mark migratory birds in the spring and autumn. We have volunteer bird watchers going every hour to catch birds in mist nets to band them,” says Jan Erik Røer from the Norwegian Ornithological Society.

The hybrid’s unofficial name is rødskvett (“redchat”), blending parts of the Norwegian words (Buskskvett and Rødstjert) for its two parents.

Needless to say, this little “redchat” has caused a lot of confusion and controversy among evolutionists at the Natural History Museum in Oslo, where the “speciation” mythology (of supposed biogenetic divergence, “13.3 million years” ago) is popularly taught, as if there was real “science” (empirical or forensic) to support that imaginary scenario.(3)

Once again the “speciation” myth of “natural selection”-advocating evolutionists, both theistic and atheistic, is debunked by the real-world evidence.