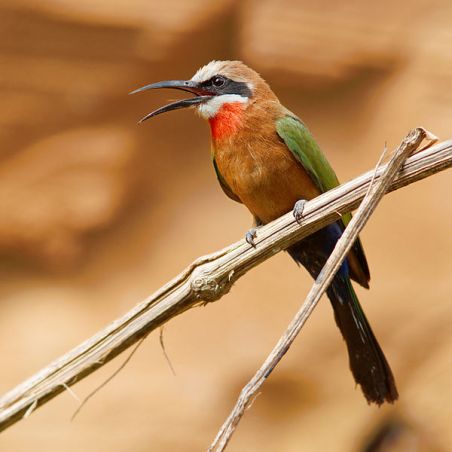 Here is another interesting video from Creation Moments about the habit of Bee-eaters of eating bees loaded with poison.

Watch our video about
one of God’s most amazing
creatures – birds that eat bees!

Bee-eaters make their living catching and eating bees and wasps with stingers. The poison in many of these stinging insects is powerful enough to kill bee-eaters, but the birds are not only skilled at avoiding stings, they know how to remove the poison from the bee when they eat it! And they have one other important skill, which you’ll learn about when you watch our “Birds Who Build Pyramids” video.

But the unbelieving Jews stirred up the Gentiles and poisoned their minds against the brethren. (Acts 14:2)

Another interesting article from Creation Moments:

“The hooded pitohui is an evil-smelling, blue jay-sized bird that is native to New Guinea. The bird has been known to science since 1827, but they held a secret that only began to be uncovered in 1989. 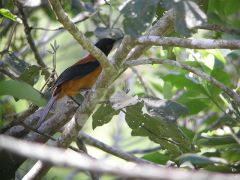 An American graduate student made the discovery while studying another local bird – the bird of paradise. Unfortunately, hooded pitohuis kept getting caught in his nets. As he released the unwanted pitohuis, they would claw and peck at him. After he released the birds, he licked the wounds they had caused. As a result, his mouth began to burn and finally became numb for several hours. This led the graduate student to send dead hooded pitohuis to the National Institutes of Health for further study. The poison they produce was finally identified as one of the most poisonous substances known. It is hundreds of times more poisonous than strychnine. The amount of poison in one bird can kill 500 mice. Most amazing is that only one other creature produces the same poison, the poison dart frog of Central America.

Those who believe in evolution maintain that the ability to produce the poison must have evolved twice. But it’s not that simple. Not only do both bird and frog, half a world apart, have to evolve this unlikely ability twice, but they both had to evolve immunity to their own poison. Ultimately, evolution is a faith. It is a faith that is poisonous to Christianity because it makes death natural rather than a result of the first Adam’s sin. And without the fact of the first Adam, there is no need for the Second Adam, Jesus Christ.

Prayer: Lord, I thank You for Your victory over sin, death and the devil. Amen.”