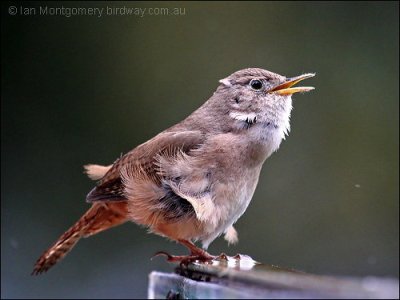 This book was written to supply a definite need. Its preparation was undertaken at the urgent request of booksellers and others who have felt the lack of a satisfactory medium of introduction to bird life for little children. As such, and in no sense whatever as a competitor with the many excellent books on this subject, but rather to supplement these, this volume has been written.

Its primary purpose is to interest the little child in, and to make him acquainted with, those feathered friends he is most likely to see. Because there is no method of approach to the child mind equal to the story, this method of conveying information has been adopted. So far as I am aware the book is unique in this respect. In its preparation an earnest effort has been made to present as far as possible the important facts regarding the appearance, habits and characteristics of our feathered neighbors. It is intended to be at once a story book and an authoritative handbook. While it is intended for little children, it is hoped that children of larger growth may find in it much of both interest and helpfulness.

Mr. Louis Agassiz Fuertes, artist and naturalist, has marvelously supplemented such value as may be in the text by his wonderful drawings in full color. They were made especially for this volume and are so accurate, so true to life, that study of them will enable any one to identify the species shown. I am greatly indebted to Mr. Fuertes for his cooperation in the endeavor to make this book of real assistance to the beginner in the study of our native birds.

It is offered to the reader without apologies of any sort. It was written as a labor of love—love for little children and love for the birds. If as a result of it even a few children are led to a keener interest in and better understanding of our feathered friends, its purpose will have been accomplished.

I think you will greatly enjoy this book. Birds and their behaviors are presented in a story, but many birdwatching truths are introduced. Look for questions and Christian principle at the end of the chapters. These are also a good way to read and teach your child or grandchild. Enjoy!

(P.S. – Just found a source for audio for these chapters. They will be attached.)

(The first chapter is being released today)

The Project Gutenberg EBook of The Burgess Bird Book for Children, by Thornton W. Burgess

This eBook is for the use of anyone anywhere at no cost and with almost no restrictions whatsoever. You may copy it, give it away or re-use it under the terms of the Project Gutenberg License included with this eBook or online at http://www.gutenberg.org