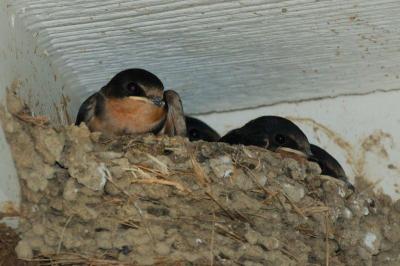 Even the sparrow has found a home, And the swallow a nest for herself, Where she may lay her young— Even Your altars, O LORD of hosts, My King and my God. (Psalms 84:3 NKJV)

This week’s 88 avian flyers are from the Hirundinidae Family of Swallows and Martins. The species in this group are River Martins, Saw-wings, Swallows, and Martins of various genus, Many here in America are familiar with the Barn Swallow.

Swallows are in the Hirundinidae – Swallows Family which includes Martins. “Within the Hirundiniae, the name ‘martin’ tends to be used for the squarer-tailed species, and the name “swallow” for the more fork-tailed species; however, there is no scientific distinction between these two groups. The family contains around 88 species in 19 genera.” The subfamilies are: Saw-wings (including Square-tailed, Mountain, White-headed, Black and Fanti), Swallows (many including Barn, Bank, Cave Mangrove, Golden, etc), Martins (Purple, Cuban, Sinaloa, Brown-chested, etc.), Sand Martins (including Brown-throated, Congo, Pale, Banded).

The swallows are found on all continents except Antarctica, with the largest diversity of species in Africa. They are found on many islands, as there are quite a few that migrate long distances. God has designed them with short bills, but with a wide mouth that has a strong jaw. This is useful in their hunt for insects which they catch on the wing. With their streamlined body and wings that are pointed, they are very maneuverable at great speeds. Their forked long tail, that has 12 feathers, helps them steer. They can range from 3.9-9.4 inches and weight between 0.4-2.1 ounces.

This family of birds, to me, are one of the hardest to photograph. They zip about often, but land very seldom to catch their picture. Thankfully the Lord gave these birds a tastebud for insects that have a tastebud for us.

Like a flitting sparrow, like a flying swallow, So a curse without cause shall not alight. (Proverbs 26:2 NKJV)

Birds of the Bible – Swallows

Hirundinidae Family of Swallows and Martins