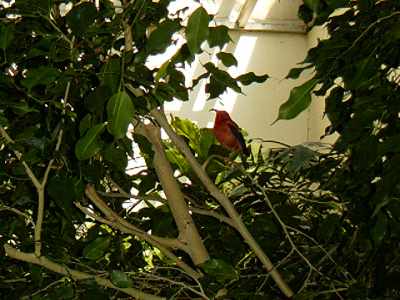 Thou visitest the earth, and waterest it: thou greatly enrichest it with the river of God, which is full of water: thou preparest them corn, when thou hast so provided for it. (Psalms 65:9 KJV)

Last week, you were introduced to the Finch – Fringillidae Family part I. This week we will continue working our way through the 225 beautiful species of the family. I ended with the Carpodacus genus, because this weeks group has many Hawaiian birds with around fifteen of them now extinct. 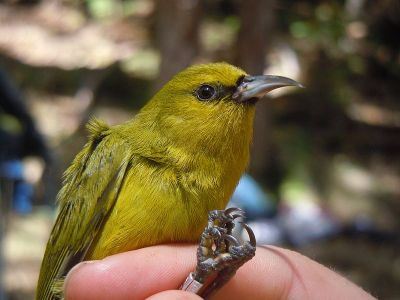 Finches II is only featuring these thirty-nine birds, mainly from Hawaii, with fifteen extinct. Why are they becoming extinct, let’s see if we can find out. Wikipedia has this to say, “Some 20 species (that number includes early extinctions not counted today) of Hawaiian honeycreeper have become extinct in the recent past, and many more in earlier times, between the arrival of the Polynesians who introduced the first rats, chickens, pigs, and dogs, and hunted and converted habitat for agriculture. 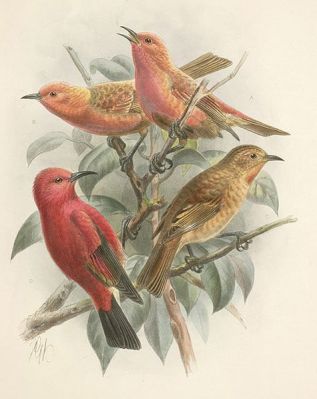 This whole group is referred to as Hawaiian honeycreepers are small, passerine birds endemic to Hawaiʻi. They are closely related to the rosefinches in the genus Carpodacus. Their great morphological diversity is the result of adaptive radiation in an insular environment. “Adaptive radiation is a rapid phenomenon because the variation is fully observable in many wild populations. Since macroevolutionary hypotheses of simple-to-complex evolutionary progress require vast eons, alterations produced by adaptive radiation occur quickly by comparison.” (by Brian Thomas, M.S. – ICR article) 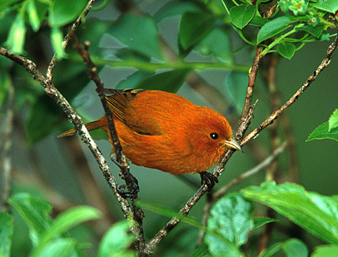 The male Hawaiian honeycreepers are more brightly colored than the females in the Psittirostrini, but in the Hemignathini, they often look very similar. The flowers of the native ʻōhiʻa lehua (Metrosideros polymorpha) are favored by a number of nectarivorous honeycreepers. Many species of this subfamily have been noted to have a plumage odor that has been termed the “Drepanidine odor”, and is suspected to have a role in making the bird distasteful to predators. (Wikipedia with editing)

The wide range of bills in this group, from thick, finch-like bills to slender, downcurved bills for probing flowers have arisen through adaptive radiation. (Wikipedia with editing) The Lord graciously allowed these birds with beaks to meet their needs.