“I know all the fowls of the mountains: and the wild beasts of the field are mine.” (Psam 50:11 KJV)

Chachalacas are a part of the Cracidae family. There are 55 species in this family and these 16 Chachalacas are in the Ortalis genus. It makes for a good division for this family, plus, I have been having computer problems for over a week. So, we will go with these noisy little avian wonders from the Lord’s hand. You may notice that they are not really “handsome” or “colorful,” yet, they are just as special to their Creator as the more fancy birds. 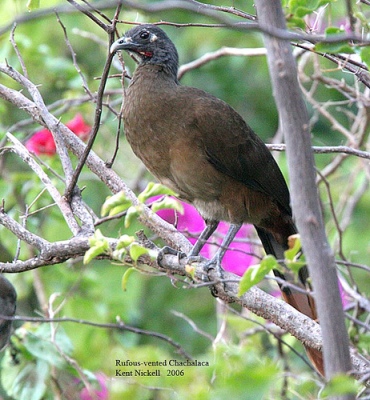 Chachalacas are mainly brown galliform birds from the genus Ortalis. These birds are found in wooded habitats in far southern United States (Texas), Mexico, and Central and South America. They are social, can be very noisy and often remain fairly common even near humans, as their relatively small size makes them less desirable to hunters than their larger relatives. They somewhat resemble the guans, and the two have commonly been placed in a subfamily together, though the chachalacas are probably closer to the curassows.

The generic name is derived from the Greek word όρταλις, meaning “pullet” or “domestic hen.” The common name is an onomatopoeia for the four-noted cackle of the plain chachalaca (O. vetula). (Information from Wikipedia) 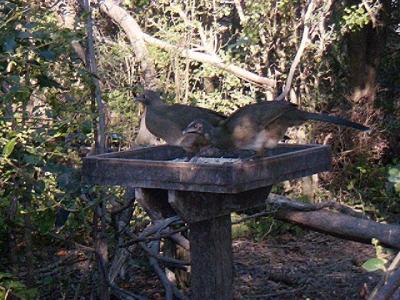 We were fortunate to see our first Chachalaca at the Santa Ana NWR in South Texas back in 2002. They just barely come over into the U.S.

*And my people shall dwell in a peaceable habitation, and in sure dwellings, and in quiet resting places;” (Isa 32:18 KJV)