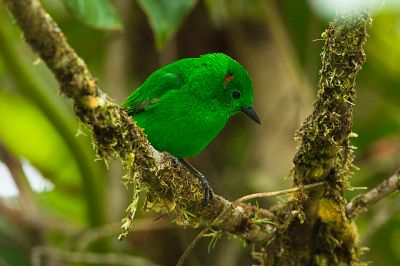 “And after six days Jesus taketh with him Peter, and James, and John, and leadeth them up into an high mountain apart by themselves: and he was transfigured before them. And his raiment became shining, exceeding white as snow; so as no fuller on earth can white them.” (Mark 9:2-3 KJV)

“Six days after this, Jesus took with Him Peter and James and John and led them up on a high mountain apart by themselves. And He was transfigured before them and became resplendent with divine brightness. And His garments became glistening, intensely white, as no fuller (cloth dresser, launderer) on earth could bleach them.”
(Mark 9:2-3 AMP)

GLIS’TEN, v.i. glis’n. [Heb. to shine; L. glisco; Eng. gloss.]
To shine; to sparkle with light; as the glistening stars. 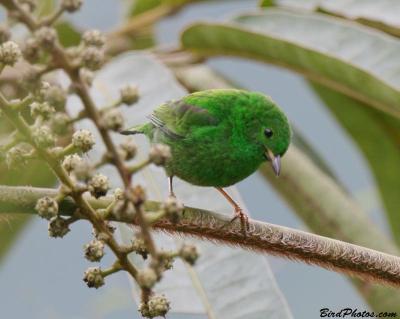 The Glistening-green Tanager (Chlorochrysa phoenicotis) is a species of bird in the family Thraupidae. It is found in Colombia and Ecuador. Its natural habitat is subtropical or tropical moist montane forests.

Males are almost entirely bright glistening emerald green, with small gray patches behind and below the eye with another on the shoulders. Females are slightly duller than males.

2 thoughts on “Avian And Attributes – Glistening”