I gazed in awe all spring long as I watched avian parents make run after run to their nests with beaks’ full of bugs for their babies. At times, there were only a few minutes between visits. I marveled how they had the endurance for such toil and labor and still cared for themselves. At least the entire bird parental process only lasts a few weeks, while for us humans it lasts eighteen or more years!

But “parental care” took a new definition for me as I answered a call back home these last few weeks. My aging father, who so diligently cared for me as an often ungrateful youngster, could no longer live on his own. I regret that being over 800 miles away and involved in the ministry, we couldn’t provide that care personally, but found a wonderful, brand new assisted living complex for him. At least my wife and I know he is being cared for.

While the phenomenon of children caring for parents isn’t seen in the bird species, it is a Biblical concept and obligation. In a time of trouble and distress, we read of King David providing for the care of his parents.

And David said unto the king of Moab, Let my father and my mother, I pray thee, come forth, and be with you, till I know what God will do for me. And he brought them before the king of Moab: and they dwelt with him all the while that David was in the hold. I Samuel 22:3-4 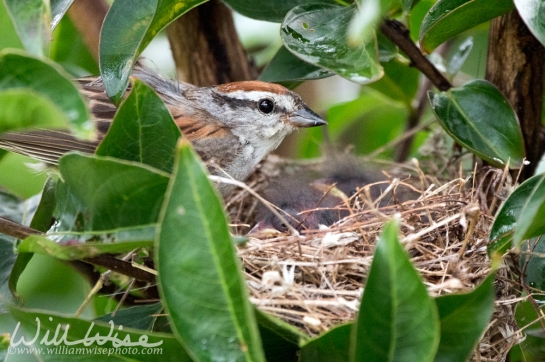 Even so, isn’t it just natural to care for those who raised us with such tender love and care until they go into everlasting care with our eternal Father? 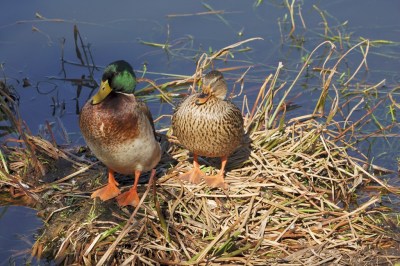 A Family of Ducks by Emma Foster

Once there was a small family of mallard ducks that lived on a large lake in the country. The mother duck had just had three ducklings, and as Autumn was nearing, the ducklings were learning how to swim.

The lake the family lived on was surrounded by a college campus. There were several buildings near the lake, but it was still quiet and peaceful, and the family was never bothered by anyone. Many of the students at the college had seen the ducks before, and they were happy to see that the mother and father duck now had ducklings.

The mother duck spent most of her days teaching her ducklings how to search for food in the shallow water. The ducklings loved being in the water because of how hot it was outside and how cool the water was, even though it was almost October. Eventually, however, the wind began to pick up and grow colder.

The ducks started to hear rumors of a storm that was coming. Several flocks of birds had flown in from farther north to avoid the storm. As the winds became worse, the family of ducks decided to stay under the bridge on the lake for a while with the other ducks and birds. Small waves began to form on the lake, which scared the ducklings. Most of the birds decided to hide in the trees, leaving the family of ducks alone under the bridge.

“I would hasten my escape from the windy storm and tempest.” (Psalms 55:8 KJV)

Rain began pouring down into the lake. After a few minutes, the ducklings got used to the sound of the rain. Even though the storm wasn’t as bad as the ducks thought it would be, the weather was getting colder. Soon they would have to fly south for the winter because it was getting colder, but right now they couldn’t leave the lake. 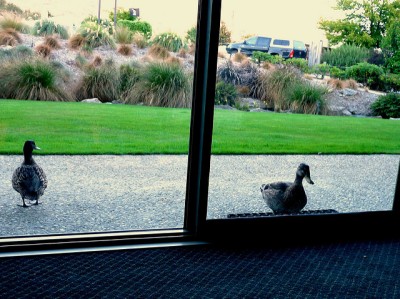 At one point a group of college students rushed to the door to get out of the rain. The family of ducks quickly followed behind them and stood in the building to dry off and get warm. Eventually the ducklings settled down to take a nap while the stormed died down. Several students watched the family of ducks and took some pictures until one of them opened the door to let them out when the storm passed. When they made it back outside, they all returned to the lake and settled back down on the grass. Eventually the ducklings grew to the point where they were able to fly south for the winter, and the entire family was safe and happy. 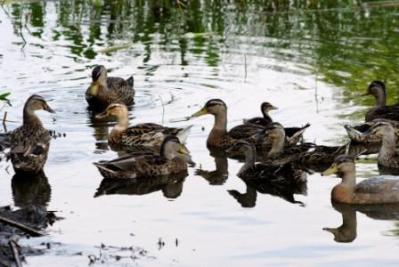 Mallards by Lee at Lake Morton

Another interesting bird tale from Emma. This story makes me wonder if there was a storm up where she is now attending college. Maybe she opened the door to let the family in. Makes me Wonder!! Nice story, Emma.