“Delight thyself also in the LORD; and he shall give thee the desires of thine heart.” (Psalms 37:4 KJV)

While enjoying the birds and critters at Gatorland this week, I had another enjoyable adventure. In fact, at breakfast this morning, I was chuckling as I was again relating my tale to Dan. Most know that Dan is the “Bird Photographer” and I am the “Bird Watcher.” I only use a nice “point-and-shoot” camera that is always set on “Program” mode. In other words, I don’t know an “F-stop” from a “bus stop.”

Earlier, at Gatorland, I had been listening to, and watching a Blue-grey Gnatcatcher in the trees. I kept waiting for him to pop out so I could get a photo. This went on for some time, and most birders know how they do not stay still. Finally, he popped out on a limb in clear view. Pulled my camera and…. it was turned off. Needless to say by the time it was on, he was gone. Yuk! [Here is a photo from another adventure.]

Blue-grey Gnatcatcher preening at Circle B by Lee

Oh, well! There must be another adventure yet to enjoy.

Off I rolled on the motorized wheels, while Dan rested. Aha! I heard a Northern Mockingbird. Let’s see if I can have better luck this time.

“But the meek shall inherit the earth; and shall delight themselves in the abundance of peace.” (Psalms 37:11 KJV)

True birders know that “patience is a virtue.” I visually chased that Mockingbird through the bushes waiting for him to pop out. This time I made sure my camera was on. [Program mode also takes great “bush” pictures. Notice how clear the limb in the upper right corner.:o) ] 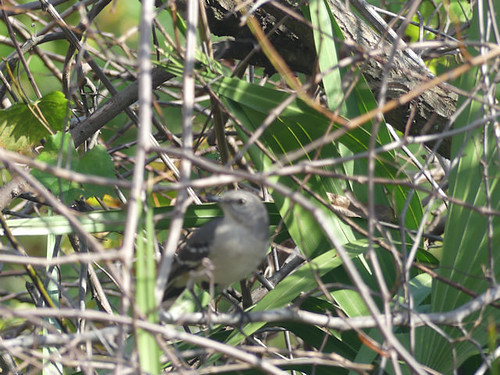 “Better is the end of a thing than the beginning thereof: and the patient in spirit is better than the proud in spirit.” (Ecclesiastes 7:8 KJV)

I heard the Mockingbird first coming from these bushes, and thus began my delightful challenge of getting a photo of it. 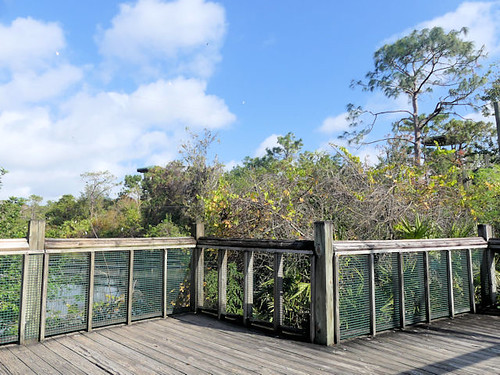 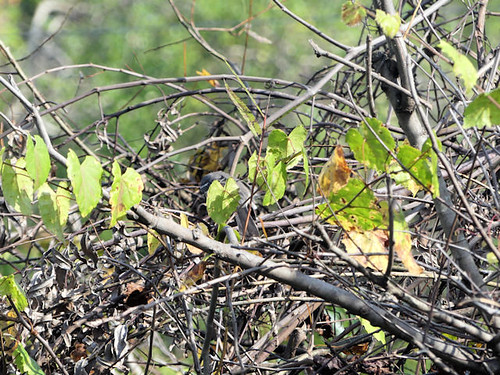 They teach taking photos with a 1/3 rule. Birdwatchers like me place them right in the center so we can find them later. 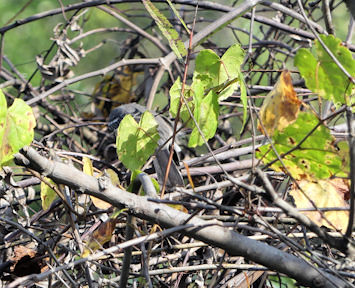 Cropped – See, it is there. 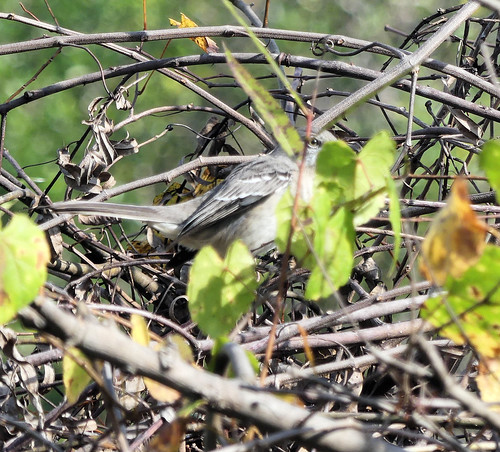 Getting better, can see part of it.

The northern mockingbird is known for its intelligence. A 2009 study showed that the bird was able to recognize individual humans, particularly noting those who had previously been intruders or threats. Also, birds recognize their breeding spots and return to areas in which they had the greatest success in previous years. Urban birds are more likely to demonstrate this behavior. Finally, the mockingbird is influential in United States culture, being the state bird of five states, appearing in book titles, songs and lullabies, and making other appearances in popular culture. [Wikipedia with editing] 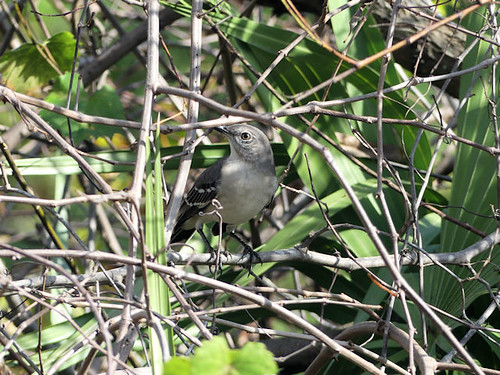 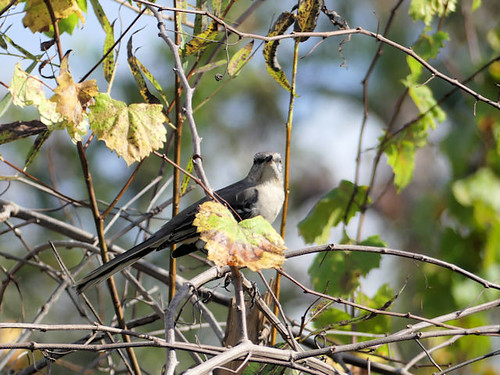 This is the Joy of Birdwatching. You have to love the Adventures, and saying a prayer now and then to ask the Lord to “Please” let the bird come in to view!!!