While reading today, this verse caught my attention. There has to be birds with each of these in their names: 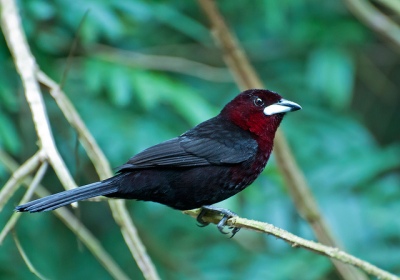 “The refining pot is for silver 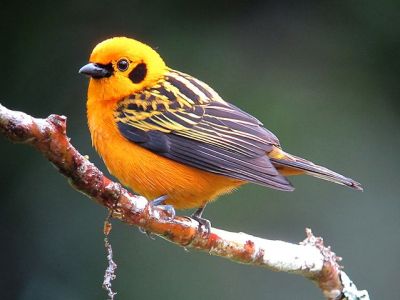 and the furnace for gold, 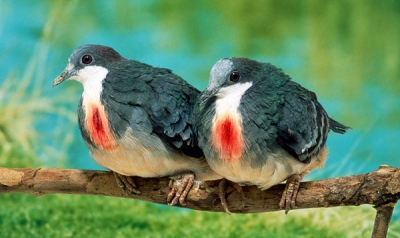 But the LORD tests the hearts. (Proverbs 17:3 NKJV)

A simple blog with a great message.

“The refining pot is for silver and the furnace for gold, But the LORD tests the hearts.” (Proverbs 17:3 NKJV) 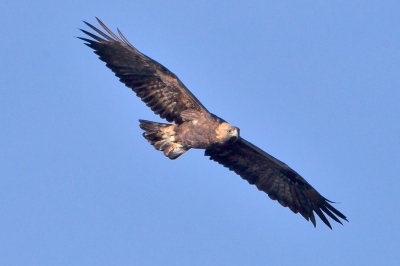 “A word fitly spoken is like apples of GOLD in pictures of SILVER.” (Proverbs 25:11)”

Someone once told me to read one of the Proverbs each day for a month. There are 31 chapters in Proverbs, and that way we can read the Book of Proverbs 12 times during the year. You know, boys and girls, Solomon wrote about 3000 proverbs and he was the wisest man who ever lived (not counting Jesus, of course). Solomon was wiser than the wisest owl they tell me. Try reading a chapter each day and before you know it, you will gain some of Solomon’s wisdom.

Anyways, I just love the verse about apples and gold and silver. Why it reminds me delicious food and color and valuable metals. Everything that God created, He created for the benefit of you and me. He got this world ready in six literal 24 hour days and then God rested on the 7th day. He calls that day, the Sabbath. The word simply means “rest.” After my journey around the world, I can tell you that I need to rest and rest and rest some more. Don’t you just love to stay in your room where it is cold and dark and rest? Hey, why not get in your room and curl up with the best Book on this planet. This Bible came from another world. Did you know that? Look at this next Bible verse:

In the weeks ahead, I will share with you guys some of the amazing things I enjoyed on my journey around the world. One of the things I really enjoy is food. I love to eat. How about you? Did you know that God created green plants with the ability to make their own food. The scientists call this photo, photosynthesis or something like that. The green plants, with chlorophyll, can somehow use the light from the sun to make starch and sugar and stuff like that. I just love to eat.

Of course, if I eat too much I will get big like the ostrich. Those birds are so heavy, they cannot fly anywhere. I don’t want to be known as the huge eagle that can’t get off the ground. Well, boys and girls, I am going to leave my nest for a short while and find something to eat. The Creator God of the Bible has created me with eyes that can see very far away. Until next time, Golden Eagle says God bless you everyone and have a fun, filled, fantastic day. This is after all, Saturday, where i am off for my next feast. See ya!!!

Golden Eagle, a.k.a., Baron B., is beginning a new blog called Bibleworld Adventures, Apples of Gold in Pictures of Silver. We have been helping him set up his new “nest” and he will now post under the name “Golden Adventures.”

He will not only continue the Golden Eagle articles for the younger people, but will also be writing articles about the Bible, Birds, Creation Science, History, and the Kid’s Corner where the Golden Eagle  adventures can be found.

We wish him well in his new adventure and look forward to sharing his Golden Eagle articles with you here. The fact that Golden Eagle is a bird, I have had the privilege of teaching how to blog. Birds don’t even know how to hold a pencil, let alone know how to type. That big beak of his does work okay on the keys though. As Golden Eagle, “learns the ropes,” we will help him and not desert him.

Lord Bless you, Baron, (a.k.a. Golden Eagle) as you venture in to the world of blogging. 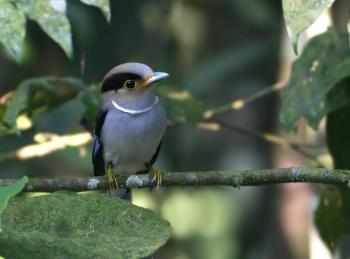 This year I am adding Silver Birds to our collection of Christmas Birds. Grey and white sometimes look like silver when in certain light. Some of them are also used.

The words of the LORD are pure words: as silver tried in a furnace of earth, purified seven times. Thou shalt keep them, O LORD, thou shalt preserve them from this generation for ever. (Psalms 12:6-7 KJV)

saying, “Where is He who has been born King of the Jews? For we have seen His star in the East and have come to worship Him.”
(Matthew 2:2 NKJV)

Listen to Silver Star by Horatio R. Palmer (1834-1907) as you view the slideshow. I have inserted the words to this song at the bottom. Never heard it before, but the words are great. 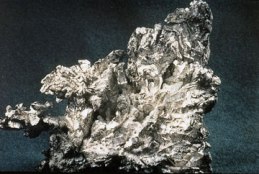 Silver has long been valued as a precious metal, and it is used to make ornaments, jewelry, high-value tableware, utensils (hence the term silverware), and currency coins. Today, silver metal is also used in electrical contacts and conductors, in mirrors and in catalysis of chemical reactions.

Silver, in the form of electrum (a gold-silver alloy), was coined to produce money in around 700 BC by the Lydians. Later, silver was refined and coined in its pure form. Many nations used silver as the basic unit of monetary value. In the modern world, silver bullion has the ISO currency code XAG. The name of the United Kingdom monetary unit “pound” (£) reflects the fact that it originally represented the value of one troy pound of sterling silver.

Jewelry and silverware are traditionally made from sterling silver (standard silver), an alloy of 92.5% silver with 7.5% copper. In the US, only an alloy consisting of at least 90.0% fine silver can be marketed as “silver” (thus frequently stamped 900). Sterling silver (stamped 925) is harder than pure silver, and has a lower melting point (893 °C) than either pure silver or pure copper.

We know that Adam named the animals and birds starting in Genesis and people are still naming them. Silver has been known about for centuries and it is no wonder that critters and birds have their silver color described with “silver” in their names. Checking out the latest I.O.C. list of birds (Ver 2.6) you will find 32 birds with “silver” eyes, beaks, bills, backed, breasted, capped, crowned, eared, rumped, throated, and tipped. Also found are “silvery” cheeked, flanked, fronted, and throated birds. Below is a list of the 32 “Silver Birds”, plus a slideshow of the photos of them that I could obtain. 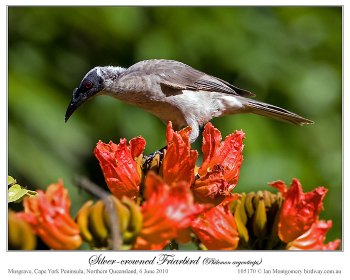 In the King James Version of the Bible, there are 282 verses that have silver mentioned 320 times. (per e-Sword). Abraham and Sarah are the first mentioned to be rich in silver and jewels of silver (Gen 23), Joseph was sold for 20 pieces of silver (Gen 37:28), and it was a silver cup that was in found in Benjamin’s bag when he had been taken to Joseph in Egypt many years later (Gen 44:2).

In Exodus, they were warned not to make gods of silver or of gold (Ex. 20:23), they used silver to make sockets and fillets for the tabernacle (Ex. 26, 27), they made cunning works in gold and silver (Ex. 31) and they were to give it with willing heart.

Take ye from among you an offering unto the LORD: whosoever is of a willing heart, let him bring it, an offering of the LORD; gold, and silver, and brass, (Exodus 35:5 KJV)

Many other articles were made of silver in the service of the LORD throughout the Bible. King Solomon had the navy bring gold, silver, ivory, apes, and peacocks to him (1 King 10:22). Even the mining of silver is mentioned in Job 28:1.

Maybe because silver is used and referred to so often that the Lord, when He Created the birds, wanted us to see Silver Birds and think of Him, His Word, His Creation, His Son, and the price of His betrayal. Verses like:

The words of the LORD are pure words: as silver tried in a furnace of earth, purified seven times. (Psalms 12:6 KJV)

The law of thy mouth is better unto me than thousands of gold and silver. (Psalms 119:72 KJV)

If thou seekest her as silver, and searchest for her as for hid treasures; Then shalt thou understand the fear of the LORD, and find the knowledge of God. (Proverbs 2:4-5 KJV)

Receive my instruction, and not silver; and knowledge rather than choice gold. For wisdom is better than rubies; and all the things that may be desired are not to be compared to it. (Proverbs 8:10-11 KJV)

Receive my instruction, and not silver; and knowledge rather than choice gold. For wisdom is better than rubies; and all the things that may be desired are not to be compared to it. (Proverbs 8:10-11 KJV)

A word fitly spoken is like apples of gold in pictures of silver. (Proverbs 25:11 KJV) 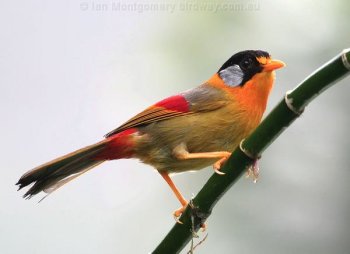 Fullfilled: And said unto them, What will ye give me, and I will deliver him unto you? And they covenanted with him for thirty pieces of silver. (Matthew 26:15 KJV)
Then Judas, which had betrayed him, when he saw that he was condemned, repented himself, and brought again the thirty pieces of silver to the chief priests and elders, Saying, I have sinned in that I have betrayed the innocent blood. And they said, What is that to us? see thou to that. And he cast down the pieces of silver in the temple, and departed, and went and hanged himself. And the chief priests took the silver pieces, and said, It is not lawful for to put them into the treasury, because it is the price of blood. And they took counsel, and bought with them the potter’s field, to bury strangers in. Wherefore that field was called, The field of blood, unto this day. (Matthew 27:3-8 KJV)

Then Peter said, Silver and gold have I none; but such as I have give I thee: In the name of Jesus Christ of Nazareth rise up and walk. (Acts 3:6 KJV)

For other foundation can no man lay than that is laid, which is Jesus Christ. Now if any man build upon this foundation gold, silver, precious stones, wood, hay, stubble; (1 Corinthians 3:11-12 KJV) 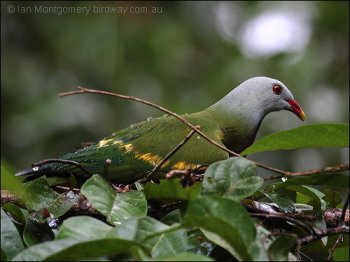 In Doves and Pigeon Updated this verse was mentioned: “Though ye have lien among the pots, yet shall ye be as the wings of a dove covered with silver, and her feathers with yellow gold.” (Psalms 68:13 KJV) Even though today this bird, the Wompoo Fruit-Dove, doesn’t have “Silver” in it’s name, maybe the Lord gave them their colors so we would remember the following verses and truth.

Forasmuch as ye know that ye were not redeemed with corruptible things, as silver and gold, from your vain conversation received by tradition from your fathers; But with the precious blood of Christ, as of a lamb without blemish and without spot: Who verily was foreordained before the foundation of the world, but was manifest in these last times for you, Who by him do believe in God, that raised him up from the dead, and gave him glory; that your faith and hope might be in God. (1 Peter 1:18-21 KJV)

Best I can do for the Silver-capped Fruit Dove is a video by del Hoyo on Internet Bird Collection.

More Formed By Him Articles