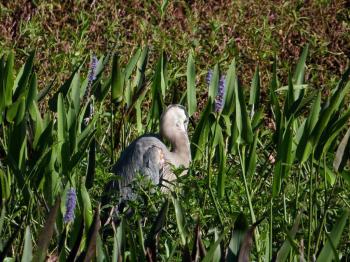 NOT SO BIRD-BRAINED ~ by Creation Moments

How do you take a much-needed nap or get a good night’s sleep when you must be alert to danger? Human beings designate people to stay awake and watch for danger when they sleep. Then, they set up warning systems.

Since birds are much more vulnerable to danger, God gave them the ability to do these things on a simple scale, and then He gave them one more amazing gift. Many birds are able to put half of their brain to sleep, while the other half stays awake and alert. The eye that serves the sleeping half even closes, while the eye that serves the waking half of the brain stays alert, searching for danger. After the first sleeping half is nicely rested, it wakes up, and the other half goes to sleep. Of course, these birds can also put both sides of the brain to sleep at the same time, just as we do. Whales, seals and dolphins are among the non-birds that can half-brain sleep as well.

Evidence of the clever design of this half-brain sleep ability can be seen in the fact that where two birds sleep next to each other, each bird will put the half of the brain that faces its partner to sleep. Once that half is rested, they change places, so the other half of their brain can sleep.

When Scripture tells us that God looked at His creation and declared it “good,” God’s standard for good is perfection. His ingenious design, which would allow birds to protect themselves even when sin and death entered the creation, is part of the goodness of God’s creation.

Prayer:
I thank You, Lord, that You made a creation perfect and so beautiful that even in could not completely destroy it. Amen.

3 thoughts on “Interesting Things – Not So Bird-Brained”