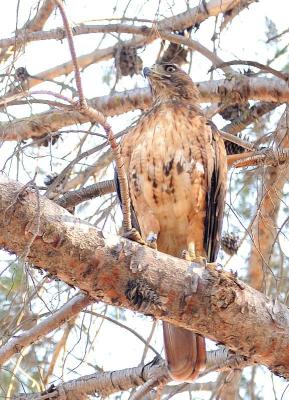 “And I will make void the counsel of Judah and Jerusalem in this place, and I will cause them to fall by the sword before their enemies and by the hands of those who seek their lives; their corpses I will give as meat for the birds of the heaven and for the beasts of the earth.” (Jeremiah 19:7 NKJV)

I’m currently traveling through Jeremiah in my personal reading of the Bible. Jeremiah is known as the weeping prophet and it is easy to see why he was called that. Parts of the Scripture are hard to read, not that the words are hard, but because of that which is happening.

When birds are mentioned, of course, those verses catch my attention. What, where, and why are they being mentioned? Normally if you just pick out a verse those questions would pop into your head. Because of reading through Jeremiah, those thoughts were already answered.

When they got to the valley, he was told to proclaim there the words that I will tell you.

and say, ‘Hear the word of the LORD, O kings of Judah and inhabitants of Jerusalem. Thus says the LORD of hosts, the God of Israel: “Behold, I will bring such a catastrophe on this place, that whoever hears of it, his ears will tingle. “Because they have forsaken Me and made this an alien place, because they have burned incense in it to other gods whom neither they, their fathers, nor the kings of Judah have known, and have filled this place with the blood of the innocents (they have also built the high places of Baal, to burn their sons with fire for burnt offerings to Baal, which I did not command or speak, nor did it come into My mind), therefore behold, the days are coming,” says the LORD, “that this place shall no more be called Tophet or the Valley of the Son of Hinnom, but the Valley of Slaughter. And I will make void the counsel of Judah and Jerusalem in this place, and I will cause them to fall by the sword before their enemies and by the hands of those who seek their lives; their corpses I will give as meat for the birds of the heaven and for the beasts of the earth. (Jeremiah 19:3-7 NKJV)

That is hard, but God is Just. God is Longsuffering. God is Love. God is all these at the same time. People like to say because God loves he would never condemn or judge someone. Not true. He destroyed the whole world with a universal flood because of sin, yet he saved eight souls and the critters. He destroyed Sodom because of sexual sin of those who perverted it, yet he saved three. There are other examples throughout the Bible.

Here we have a nation, His chosen people, had grown cold in their worship of Him and turned to other gods and even sacrificed their children. Sound like our nations today? People do not believe in God, but would rather believe in evolution, have abortions, pervert God’s gift of intimate relations in marriage. On and on, the churches are accepting all kinds of things that God said ” which I did not command or speak, nor did it come into My mind.” Will we come to that judgment also? 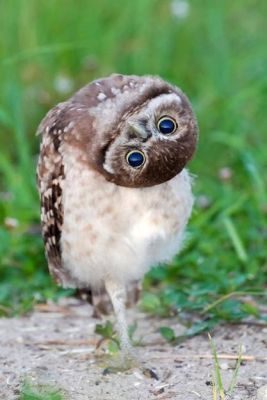 I love watching the Birds of the Air, but am sorry that they have to become Birds of Prey because of people’s denial of the God and Savior, the Lord Jesus Christ. 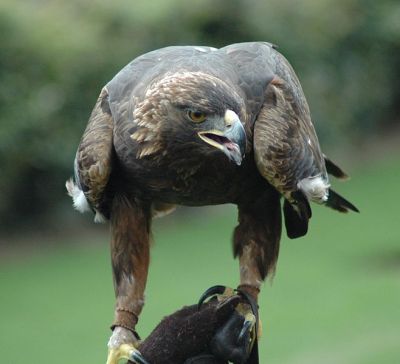 We are encouraged to return to the Lord God’s Word.

For God so loved the world that He gave His only begotten Son, that whoever believes in Him should not perish but have everlasting life. (17) For God did not send His Son into the world to condemn the world, but that the world through Him might be saved. (18) “He who believes in Him is not condemned; but he who does not believe is condemned already, because he has not believed in the name of the only begotten Son of God. (19) And this is the condemnation, that the light has come into the world, and men loved darkness rather than light, because their deeds were evil. (20) For everyone practicing evil hates the light and does not come to the light, lest his deeds should be exposed. (21) But he who does the truth comes to the light, that his deeds may be clearly seen, that they have been done in God.” (John 3:16-21 NKJV)

Like I said earlier, some things are hard to read and share, but it is there in the Word and the Word is True.