The Hawk on the Washington Monument

Once there were two hawks named Jerry and Jemima. They were looking for a place to live. They both needed just the right place if they wanted to watch some fireworks launch for the Fourth of July in Washington, D.C. The Fourth was almost here and Jerry and Jemima wanted to get the best view. 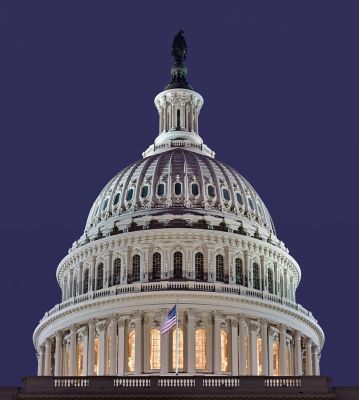 There were a lot of interesting monuments to nest in, but none of them seemed quite right. First, Jerry decided to make a nest on top of the capital building, but many construction workers were working on the dome of the building. He tried the Lincoln memorial next, but there were so many people, even more the night when the fireworks went off.

Jerry and Jemima tried the Jefferson memorial because there were many birds and geese since it was close to a lake and people fed them. But it seemed to Jerry that there were too many birds.

All this time there was another monument taking up their view. It was the Washington monument and it was the tallest out of all of them.

The Reflecting Pool from the Washington Monument from window ©WikiC

Jerry and Jemima had a good view of everything, and Jerry decided this was the perfect place to build a nest.

By that night, they both had collected a bunch of sticks and twigs to make the nest. They finished just in time to see the bright fireworks go off for the Fourth of July celebration.

“Does the hawk fly by your wisdom, And spread its wings toward the south? Does the eagle mount up at your command, And make its nest on high? On the rock it dwells and resides, On the crag of the rock and the stronghold.” (Job 39:26-28 NKJV)

Emma has given us another great story and part of it is true. She and her father were recently in Washington DC and a hawk flew at the window they were looking out of. Both were startled and stepped back. Tried to find a photo with the windows, but couldn’t find one that wasn’t copyrighted.

2 thoughts on “The Hawk on the Washington Monument”