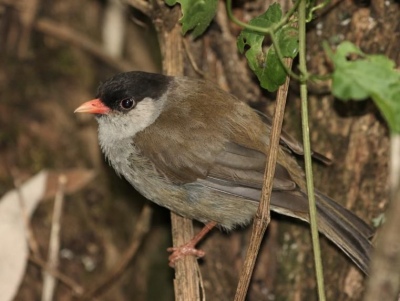 “And the angel of the LORD appeared unto him in a flame of fire out of the midst of a bush: and he looked, and, behold, the bush burned with fire, and the bush was not consumed. And Moses said, I will now turn aside, and see this great sight, why the bush is not burnt. And when the LORD saw that he turned aside to see, God called unto him out of the midst of the bush, and said, Moses, Moses. And he said, Here am I.” (Exodus 3:2-4 KJV)

Bush. The Hebrew word, seneh, occurs only in those passages which refer to Jehovah’s appearance to Moses, “in the flame of fire in the bush.” Exo_3:2-4; Exo_33:16. It is quite impossible to say what kind of thorn bush is intended; but it was probably the acacia, a small variety of the shittim tree, found in the Sinai region. (Smith Bible Dictionary)

“And for the precious things of the earth and fulness thereof, and for the good will of him that dwelt in the bush: let the blessing come upon the head of Joseph, and upon the top of the head of him that was separated from his brethren.” (Deuteronomy 33:16 KJV) 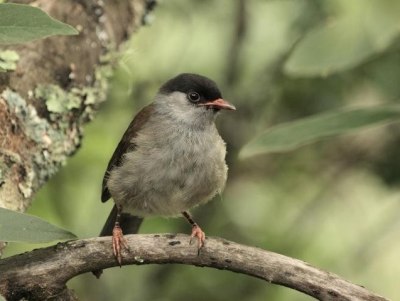 The Bush Blackcap (Lioptilus nigricapillus) is a species of bird in the family Sylviidae. It is monotypic within the genus Lioptilus.[2] It is found in South Africa and Swaziland. Its natural habitats are subtropical or tropical moist montane forests and subtropical or tropical high-altitude shrubland. It is threatened by habitat loss. (Bush Blackcap – Wikipedia) (Sylviidae – Sylviid Babblers Family) 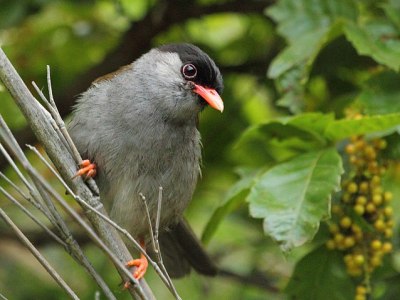 Birds whose [first or last] name start with “B”

One thought on “Avian And Attributes – Bush (Hosted God)”