“For unto you is born this day in the city of David a Saviour, which is Christ the Lord. And this shall be a sign unto you; Ye shall find the babe wrapped in swaddling clothes, lying in a manger.” (Luke 2:11-12 KJV)

MERRY CHRISTMAS from Dan and I, and from our writers, who add so much to this blog. James J. S. Johnson, Emma Foster, and Ian Montgomery are the other authors currently. We have produced quite a few articles about “Christmas Birds,” yet not much about the birds named “Christmas.” Here is a brief description of them, with links to other “Christmas Bird” articles over the years.

The Christmas Boobook (Ninox natalis), also known more specifically as the Christmas Island hawk-owl, is a species of owl in the family Strigidae. Closely related to the hawk owls of Southeast Asia and Australia. N. natalis was first classified at species level by J.J.Lister in 1888. It was not until 1998 however that DNA testing confirmed its status as a separate species from other owls.

The Christmas Island Hawk Owl is a small, rufous-brown hawk-owl with a barred breast, dark chestnut facial mask, whitish brow, lores and throat, yellow eyes, legs and feet. It is approximately 26–29 cm in length and 130-190 grams in weight with the female slightly larger than the male. The double-noted hoot, boo-book, has a clucking quality with the second note usually lower in pitch. The begging call of juveniles is a high-pitched trill. 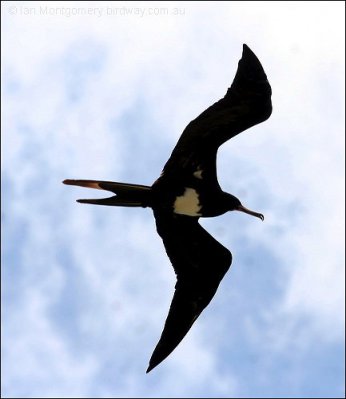 Christmas Frigatebird (Fregata andrewsi) or Christmas Island Frigatebird (Fregata andrewsi) is a seabird of the frigatebird family Fregatidae which is endemic to Christmas Island in the Indian Ocean. The Christmas frigatebird is a large lightly built seabird with brownish-black plumage, long narrow wings and a deeply forked tail. It has a wingspan of around 2.15 m (7.1 ft). The male has an egg shaped white patch on its belly and a striking red gular sac which it inflates to attract a mate. The female is slightly larger than the male and has a white breast and belly. They feed on fish taken in flight from the ocean’s surface (mostly flying fish), and sometimes indulge in kleptoparasitism, harassing other birds to force them to regurgitate their food.

Christmas Imperial Pigeon (Ducula whartoni), is a large (39 cm in length, 450-700 g in weight) pigeon, mainly dark grey in colour with an iridescent sheen. Fruit from forest trees with occasional buds and leaves are it main diet. It builds a platform nest of twigs high in a forest tree. It utters a deep booming call. 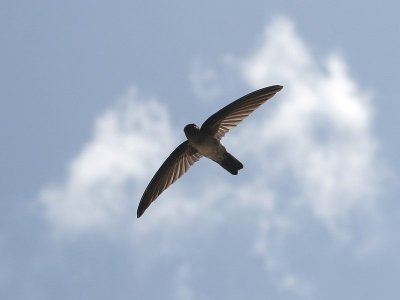 Christmas Shearwater (Puffinus nativitatis) is a medium-sized shearwater of the tropical Central Pacific. It is a poorly known species due to its remote nesting habits, and it has not been extensively studied at sea either.

The Christmas Shearwater nests on remote islands of the Central Pacific: the Northwestern Hawaiian Islands, Tuamotu, the Marshall Islands, Kiritimati (for which the species is named) and Sala-y-Gómez. It has become locally extinct on a number of islands, including Wake Island. Outside of the breeding season it ranges across the Pacific, having been recorded off the coast of Mexico and Guatemala in the east, and Bonin Islands in the west. Further south it is rare, having been recorded off Fiji only twice (one time in early to mid-May). 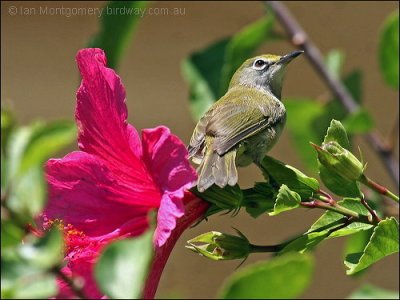 It is always refreshing to take a look back at other Christmas Blogs. Just as we are all looking back to the first “Christmas” event, when the Saviour of the World, took on human flesh, as a baby. Totally human, totally God. It is difficult for us to wrap our thoughts around that truth.

The Christmas Birds Series in 2013

In 2014 – Sunday Inspiration – Christmas Birds  Please watch the video near the end.

MAY YOUR CHRISTMAS BE FILLED WITH BLESSINGS AS YOU REMEMBER THE REASONS FOR CELEBRATING OUR SAVIOUR’S BIRTH.