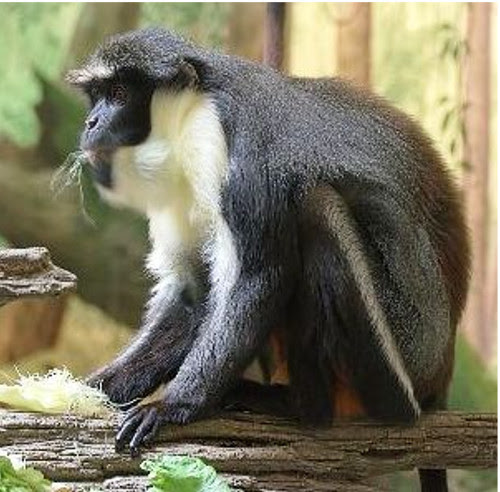 “For which of you, intending to build a tower, sitteth not down first, and counteth the cost [psêphizei tôn dapanên], whether he have sufficient to finish it?  Lest haply, after he hath laid the foundation, and is not able to finish it, all that behold it begin to mock him, saying, ‘This man began to build, and was not able to finish’.”  (Luke 14:28-30)

Imagine how inconvenient it would be for a bird to emigrate from Alaska, to Hawaii, only to run out of fuel en route, fall out of the sky from exhaustion, only to drown in the Pacific Ocean, somewhere north of Hawaii.  What a shame that would be!  And yet the Golden Plover’s pre-winter migratory mission, each year, would seem doomed from the start for that very reason – yet the little sandpiper-like migrant survives the journey on less fuel than seems possible.  How do they do it?

“The average weight of the golden plover before it leaves Alaska to fly to Hawaii is 200 grams.  It is a small bird about the size of a pigeon.  It is also a bird that does not swim!  Researchers have concluded that 70 grams of its 200 grams is burnable energy. The rate at which the bird burns fuel when flying is about one gram per hour.  This means right at 70 hours of flight is possible. Now we have a potentially disastrous situation.  The flight to Hawaii takes 88 hours of  continuous, non-stop flight!  The little bird must fly for 3 days and 4 nights without food or rest or stopping at all. Impossible! How does it do this?  The birds fly in a formation that breaks the wind, taking [~1/4] less energy to fly.  New leaders are constantly rotating in and out. Formation flight saves energy and when the birds arrive in Hawaii, they have as much as 6 grams of fuel left over.  God must have built the reserve fuel supply into the plover in case of a strong head wind along the way.   Scientists are not certain how the plovers navigate from Alaska to Hawaii and back, since there is no land under their flight path.   Utilization of earth’s magnetic field seems to be the best solution at this point.  Some have suggested that they use the sun and stars.  And how do the young birds find their way to Hawaii without an experienced adult guide, weeks after their parents have already flown back to Hawaii?  A one degree mistake in navigation over the more than 4,000 kilometer flight and the birds miss Hawaii completely!  But they never miss!”

That’s amazing!  Due to their instinctive behavior to “take turns” as “point man”, the migrating plovers use only ¾ of the food energy they would need to use if flying solo.  Birds display God’s providential programming in their anatomies and physiologies!  Why is that?  Because God carefully planned them before He created their original ancestors on Day 5 of Creation Week (Genesis 1:21).  God planned their genetics, their bio-diversity potentials and limits, their developmental biologies, and all of the bio-engineering needed to accomplish all the contingent details, —  and God has been actively participating in and regulating their lives and world ever since.

As humans we often need to plan out projects before we undertake them; we need to “count the cost” before embarking on an expensive and risky undertaking.  Yet God has already done this for the Pacific Golden Plover, to ensure its successful migrations twice a year.   And notice how God designed teamwork to be part of His plan – and that teamwork involves bearing one another’s burdens.

In sum, collaborating with teammates is usually a good idea, — so long as your colleagues are aimed at the same goal as you (see Amos 3:3.)

Dr. James J. S. Johnson has served as a lecturer (on ecology, geography, and history of Alaska) aboard 4 cruise ships visiting Alaska and the Inside Passage (Norwegian Wind, Norwegian Sky, Radiance of the Seas, and Rhapsody of the Seas).  During those trips he tried valiantly to (and did) eat lots of finfish, such as Pacific salmon and halibut, and shellfish, such as Dungeness crabs – but no Golden Plover.

I asked Dr. Jim to post this article because of the devotional emphasis he used. We have used the Plover before, see Incredible Pacific Golden Plover, which is all about the science and creation aspect of this remarkable Plover. Just wanted to review for you an amazing bird our Creator has created for us to learn about and from.

Maybe A Little Too Close – Crow on Eagles Back ©©

In the recent article, The Old Orchard Bully – Chapter 2, the whole group of birds united to chase off the Black Cat. That is called, “mobbing.”

Some ask why don’t the bigger birds fight back? Here are a few quotes from various sources:

“This behavior – like calling your family for help – is used by many bird species. The best time to observe mobbing is spring and early summer, when breeding birds are trying to protect their nests and young. Birds including swallows, blackbirds, and even these American Crows, seen here mobbing a Red-tailed Hawk, know that there is strength and power in numbers. And they’ve learned to join forces to protect themselves. Be sure to watch the video!”

Quote from Why Don’t Hawks Fight Back? :All agreed that if a red-tailed hawk reached out and grabbed a crow with its talons, that would be the end of the crow. Or as one of the professionals put it, in scientific terms, “the crow would be toast.” But although large raptors have the necessary weapons, the energy cost of pursuing or otherwise attempting to catch a crow is normally not worth it. Crows are agile creatures and would be very difficult to catch in flight. So a hawk typically ignores the crows or flies away.”

A Great Horned Owl being mobbed!

Just as the Lord helps His Created critters, the Lord gives us promises about seeking His help:

But the LORD your God you shall fear; and He will deliver you from the hand of all your enemies.” (2 Kings 17:39 NKJV)

Give us help from trouble, For the help of man is useless. Through God we will do valiantly, For it is He who shall tread down our enemies. (Psalms 60:11-12 NKJV)

I have pursued my enemies and overtaken them; Neither did I turn back again till they were destroyed. (Psalms 18:37 NKJV)

My times are in Your hand; Deliver me from the hand of my enemies, And from those who persecute me. (Psalms 31:15 NKJV)

For I will not trust in my bow, Nor shall my sword save me. But You have saved us from our enemies, And have put to shame those who hated us. In God we boast all day long, And praise Your name forever. Selah (Psalms 44:6-8 NKJV)

Some interesting links about mobbing:

The Superb Fairywren – The Corporate Mob ~ by a j mithra