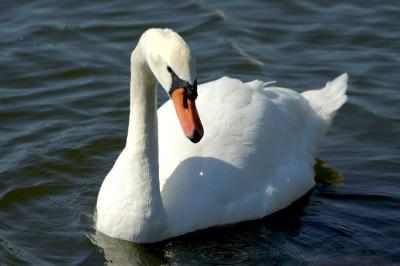 “So the LORD said to him, “Who has made man’s mouth? Or who makes the mute, the deaf, the seeing, or the blind? Have not I, the LORD?” (Exodus 4:11 NKJV)
“I was mute, I did not open my mouth, Because it was You who did it.” (Psalms 39:9 NKJV)
“Then great multitudes came to Him, having with them the lame, blind, mute, maimed, and many others; and they laid them down at Jesus’ feet, and He healed them.” (Matthew 15:30 NKJV)
“Then one was brought to Him who was demon-possessed, blind and mute; and He healed him, so that the blind and mute man both spoke and saw.” (Matthew 12:22 NKJV)

MUTE, a. [L. mutus.]
1. Silent; not speaking; not uttering words, or not having the power of utterance; dumb. Mute may express temporary silence, or permanent inability to speak.
To the mute my speech is lost.
In this phrase, it denotes unable to utter words. More generally, it denotes temporarily silent; as, all sat mute.
All the heavenly choir stood mute.
2. Uttering no sound; as mute sorrow.
3. Silent; not pronounced; as a mute letter.
MUTE, n. In law, a person that stands speechless when he ought to answer or plead.
1. In grammar,a letter that represents no sound; a close articulation which intercepts the voice. Mutes are of two kinds, pure and impure. The pure mutes instantly and entirely intercept the voice, as k, p and t, in the syllables ek,ep, et. The impure mutes intercept the voice less suddenly, as the articulations are less close. Such are b,d and g, as in the syllables eb, ed,eg.
2. In music, a little utensil of wood or brass, used on a violin to deaden or soften the sounds.
MUTE, v.i. To eject the contents of the bowels, a birds.
MUTE, n. The dung of fowls.

The Mute Swan (Cygnus olor) is a species of swan and a member of the waterfowl family Anatidae. It is native to much of Eurasia, and (as a rare winter visitor) the far north of Africa. It is an introduced species in North America, Australasia and southern Africa. The name ‘mute’ derives from it being less vocal than other swan species. Measuring 125 to 170 cm (49 to 67 in) in length, this large swan is wholly white in plumage with an orange beak bordered with black. It is recognisable by its pronounced knob atop the beak, which is larger in males. 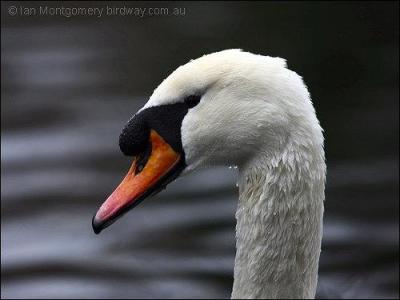 Young birds, called cygnets, are not the bright white of mature adults, and their bill is dull greyish-black, not orange, for the first year. The down may range from pure white to grey to buff, with grey/buff the most common. Cygnets grow quickly, reaching a size close to their adult size in approximately three months after hatching. Cygnets typically retain their grey feathers until they are at least one year old, with the down on their wings having been replaced by Flight feathers earlier that year. 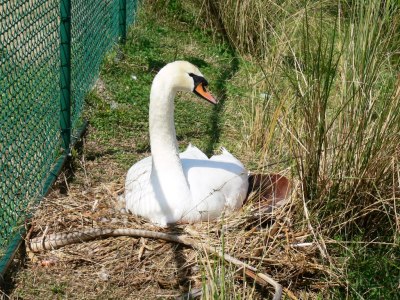 Mute Swan on Nest at Lake Morton by Dan

Mute swans nest on large mounds that they build with waterside vegetation in shallow water on islands in the middle or at the very edge of a lake. They are monogamous and often reuse the same nest each year, restoring or rebuilding it as needed. Male and female swans share the care of the nest, and once the cygnets are fledged it is not uncommon to see whole families looking for food.

Macrocephalon Maleo – The Mute Missionary… ~ by a j mithra

The Maleo, Macrocephalon maleo, is a medium-sized (approximately 55cm long) blackish megapode with bare yellow facial skin, reddish-brown iris, reddish-orange beak and rosy salmon underparts. The crown is ornamented with a black helmet casque. The greyish blue feet have four long sharp claws, separated by a membranous web. The sexes are almost identical with a slightly smaller and duller female.

Voice several different vocalisations, including extraordinary loud braying, series of disyllabic rolls, and, in disputes, a duck-like quacking. Usually shy and often silent, except around nesting grounds, where occasionally crepuscular or nocturnal.

What can we learn from these birds? Silence?

The God who created us in His own image is able to turn our silence into a powerful weapon you know?

Keep silence before me, O islands; and let the people renew their strength: let them come near; then let them speak: let us come near together to judgment. Isaiah 41:1
Be silent, O all flesh, before the LORD: for he is raised up out of his holy habitation. Zechariah 2:13

Like these birds, we as body of Christ need to be crepuscular and nocturnal as well..

…….I will bless the LORD at all times: his praise shall continually be in my mouth. Psalm 34:1

The only member of the monotypic genus Macrocephalon, the Maleo is endemic to the Indonesian island of Sulawesi. The Maleo is monogamous, and members of a pair stay close to each other all the time. Its diet consists mainly of fruits, seeds, ants, termites, beetles and other small invertebrates.. 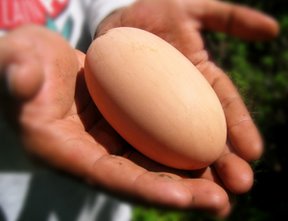 It is found in the tropical lowland and hill forests, but nests in the open sandy areas, volcanic soils or beaches that are heated by the sun or geothermal energy for incubation. There are also megapode species that use fermenting compost to incubate their eggs. The Maleo’s egg is large, about five times as large as that of the domestic chicken’s.

The female lays and covers each egg in a deep hole in the sand and allows the incubation to take place through solar or volcanic heating. After the eggs hatch, the young birds work their way up through the sand and hide in the forest. The young birds are able to fly and are totally independent. They must find food and defend themselves from predators such as lizards, pythons wild pigs or cats.

Our God is still able to change all the evil that had been done against us into blessings..

But as for you, ye thought evil against me; but God meant it unto good, to bring to pass, as it is this day, to save much people alive. Genesis 50:

Please visit us at:  Crosstree

Good job, a j, but you sure gave me a challenge trying to find photos for this bird. They are becoming extinct and I think the photographers who are willing to share their photos of the Maleo are also becoming extinct.

The Maleo is in the Megapodiidae – Megapodes Family of the Galliformes Order.