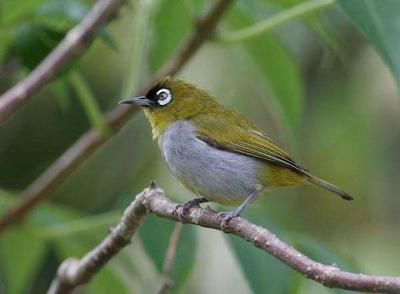 “Jesus saith unto him, I am the way, the truth, and the life: no man cometh unto the Father, but by me. If ye had known me, ye should have known my Father also: and from henceforth ye know him, and have seen him.” (John 14:6-7 KJV)

“Having therefore, brethren, boldness to enter into the holiest by the blood of Jesus, By a new and living way, which he hath consecrated for us, through the veil, that is to say, his flesh;” (Hebrews 10:19-20 KJV)

“I will instruct thee and teach thee in the way which thou shalt go: I will guide thee with mine eye.” (Psalms 32:8 KJV)

“I have taught thee in the way of wisdom; I have led thee in right paths.” (Proverbs 4:11 KJV)

WAY, n. [G., L.]
1. Literally, a passing; hence, a passage; the place of passing; hence, a road of any kind; a highway; a private road; a lane; a street; any place for the passing of men; cattle or other animals; a word of very comprehensive signification.
2. Length of space; as a great way; a little way.
3. Course; direction of motion or travel. What way did he take? Which way shall I go? Keep in the way of truth and knowledge.

In Scripture, the ways of God, are his providential government, or his works. Rom 11. Job 11.

The white-eyes are small passerine birds native to tropical, subtropical and temperate Sub-Saharan Africa, southern and eastern Asia, and Australasia. White-eyes inhabit most tropical islands in the Indian Ocean, the western Pacific Ocean, and the Gulf of Guinea. Discounting some widespread members of the genus Zosterops, most species are endemic to single islands or archipelagos. The Silvereye, Zosterops lateralis, naturally colonised New Zealand, where it is known as the “Wax-eye” or Tauhau (“stranger”), from 1855. The Silvereye has also been introduced to the Society Islands in French Polynesia, while the Japanese White-eye has been introduced to Hawaii.

White-eyes are mostly of undistinguished appearance, the plumage being generally greenish olive above, and pale grey below. Some species have a white or bright yellow throat, breast or lower parts, and several have buff flanks. As their common name implies, many species have a conspicuous ring of tiny white feathers around their eyes. The scientific name of the group also reflects this latter feature, being derived from the Ancient Greek for “girdle-eye”. They have rounded wings and strong legs. Like many other nectarivorous birds, they have slender, pointed bills, and brush-tipped tongues. The size ranges up to 15 cm (6 inches) in length. (Zosteropidae – White-eyes Family)

7 thoughts on “Avian and Attributes – Way”