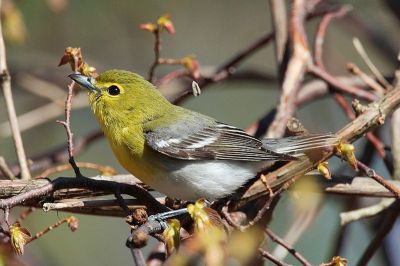 “Abide in me, and I in you. As the branch cannot bear fruit of itself, except it abide in the vine; no more can ye, except ye abide in me. I am the vine, ye are the branches: He that abideth in me, and I in him, the same bringeth forth much fruit: for without me ye can do nothing”…”If ye abide in me, and my words abide in you, ye shall ask what ye will, and it shall be done unto you. Herein is my Father glorified, that ye bear much fruit; so shall ye be my disciples.” (John 15:4-5, 7-8 KJV)

Christ says of himself, “I am the vine” (John 15:1). In one of his parables also (Matthew 21:33) our Lord compares his Church to a vineyard which “a certain householder planted, and hedged round about,” etc.). [Easton]

John 15:1 (a) In this case the Lord JESUS Himself is the vine. Those who are saved by His grace are the branches. GOD sees the believer as a very part of CHRIST JESUS Himself. The branch bears the likeness of the vine, and has the same living sap flowing through it constantly. It bears the kind of fruit that characterizes the vine. All the fruit on the vine is found on the branches. Let us be bearing fruit for Him. [Wilson’s Dictionary of Bible Types] 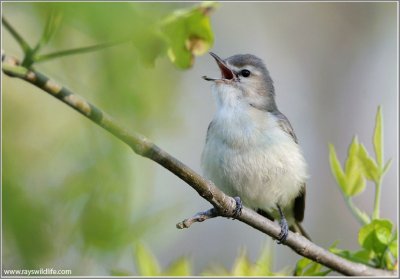 The vireos /ˈvɪri.oʊz/ make up a family, Vireonidae, of small to medium-sized passerine birds (mostly) restricted to the New World. “Vireo” is a Latin word referring to a green migratory bird, perhaps the female golden oriole, possibly the European greenfinch.

They are typically dull-plumaged and greenish in color, the smaller species resembling wood warblers apart from their heavier bills.

Most species are found in Middle America and northern South America. Thirteen species of true vireos occur farther north, in the United States, Bermuda and Canada; of these all but Hutton’s vireo are migratory. Members of the family seldom fly long distances except in migration.[4] They inhabit forest environments, with different species preferring forest canopies, undergrowth, or mangrove swamps.

Males of most species are persistent singers. Songs are usually rather simple, monotonous in some species of the Caribbean littoral and islands, and most elaborate and pleasant to human ears in the Chocó vireo and the peppershrikes. (Vireonidae – Vireo Family)

The Red-eyed Vireo – The Persistent Singer… by ajmithra

One thought on “Avian and Attributes – Vine”