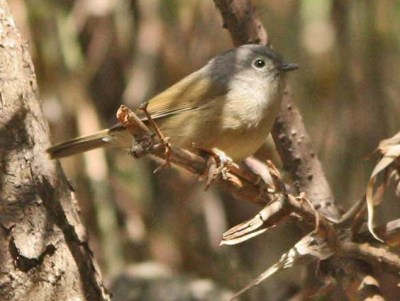 “The book of the generation of Jesus Christ, the son of David, the son of Abraham.” (Matthew 1:1 KJV)

“While the Pharisees were gathered together, Jesus asked them, Saying, What think ye of Christ? whose son is he? They say unto him, The Son of David. He saith unto them, How then doth David in spirit call him Lord, saying, The LORD said unto my Lord, Sit thou on my right hand, till I make thine enemies thy footstool? If David then call him Lord, how is he his son? And no man was able to answer him a word, neither durst any man from that day forth ask him any more questions.” (Matthew 22:41-46 KJV)

Ruth 4:22 (c) He is a type of the Christian and of CHRIST who lives for GOD in his youth, is persecuted and rejected by his brethren, is tempted in the wilderness, but finally is exalted on the throne. [Wilson’s Dictionary of Bible Types]

David’s Fulvetta (Alcippe davidi) is a species of bird in the Pellorneidae – Fulvettas, Ground Babblers Family. It is endemic to southern China and northern Vietnam. This species was recently raised from a subspecies of the Grey-cheeked Fulvetta.

Breeding season from March to July in China, April to August in Taiwan, February to July in SE Asia. The nest is a compact strong cup made of bark, leaf skeletons, moss and spider web. It’s placed in a low bush and lays 2 – 4 eggs. Multibrooded.

Feeds on small insects, seeds and berries. Often in noisy groups, sometimes in mixed flocks together with other species. Often mobs raptors and owls. [Wikipedia and Planet of Birds]

Birds whose first or last name start with “D”