AND YE SHALL CHASE YOUR ENEMIES

“And ye shall chase your enemies, and they shall fall before you by the sword.” (Leviticus 26:7 KJV) 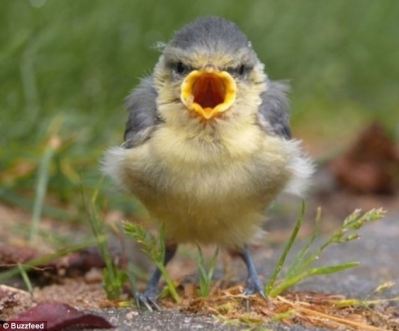 Be ye angry, and sin not: let not the sun go down upon your wrath: (Ephesians 4:26 KJV)

We have been attacked repeatedly lately by an Angry Bird. A Northern Mockingbird has decided that he has a rival inside our windows. As the sun shines on different windows during the day, he attacks those windows with vigor. 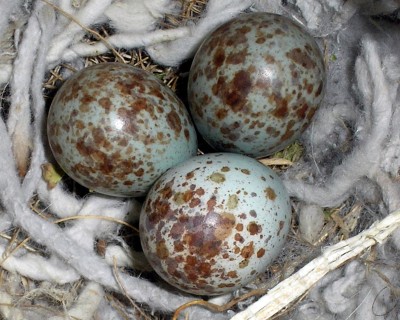 Apparently he has been thinking about starting another family and is trying to clear the area of competitors. He starts at early light and attacks the bird (his imaginary enemy) at one of the two bedroom windows. Then he goes out front and sits in the palm tree by the Florida room windows. Lo and behold, his enemy arrives and he starts attacking that window. It even has a screen on it. Later in the day, about mid-morning his “enemy” shows up in the side window of our living room.

I put some stick-on Christmas tree decorations on the back window, but he still sees his enemy and bangs on the windows. You just have to chuckle. 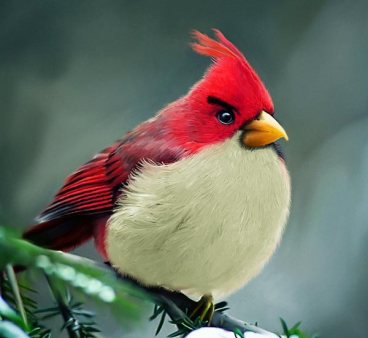 As most of you already know, our Northern Mockingbird is seeing his own reflection in the windows. I told Dan yesterday that the Angry Bird is “His own worst enemy!” He is causing his own problems. If he would just relax, (and stay away from the windows) things would be okay.

But be doers of the word, and not hearers only, deceiving yourselves. For if anyone is a hearer of the word and not a doer, he is like a man observing his natural face in a mirror; for he observes himself, goes away, and immediately forgets what kind of man he was. (James 1:22-24 NKJV)

How many times are we “our own worst enemy?” We make big “to-dos” about nothing. Or we think we have an issue when we really don’t have one. Sometimes we cause our own problems.

But seek first the kingdom of God and His righteousness, and all these things shall be added to you. Therefore do not worry about tomorrow, for tomorrow will worry about its own things. Sufficient for the day is its own trouble. (Matthew 6:33-34 NKJV)

One of the passages that mentions “face to face” that I like is:

“When I was a child, I spoke as a child, I understood as a child, I thought as a child; but when I became a man, I put away childish things. For now we see in a mirror, dimly, but then face to face. Now I know in part, but then I shall know just as I also am known. And now abide faith, hope, love, these three; but the greatest of these is love. (1 Corinthians 13:11-13 NKJV)

Our angry Mockingbird is definitely not showing love.

Have a great day and remember to put your trust in the Lord and not in things you think you see.

*
Songs In The Night From The Mockingbird

Eye of the Beholder – Mockingbird