Dan shared a video with me about a man who tries to make a Perfect Squirrel Proof Bird Feeder. If you have some time to spare, you will enjoy watching his attempt to keep the squirrels from his feeders.

I know we have all had this problem, but, I’m not sure I would go through this. Might be easier just to by a Squirrel feeder and a Bird feeder.

We were trying to find some verses to use for this, and this verse caused us a chuckle. Remember how they were flying off that contraption and heading toward the net? This could apply to that:

There are many applications that could be made from these diligent squirrels who kept at it until they succeeded in getting the food. Here is one:

“My brethren, count it all joy when you fall into various trials, knowing that the testing of your faith produces patience. But let patience have its perfect work, that you may be perfect and complete, lacking nothing. If any of you lacks wisdom, let him ask of God, who gives to all liberally and without reproach, and it will be given to him. [What the squirrels failed to do] But let him ask in faith, with no doubting, for he who doubts is like a wave of the sea driven and tossed by the wind.” (James 1:2-6 NKJV) {Bold and brackets mine.] 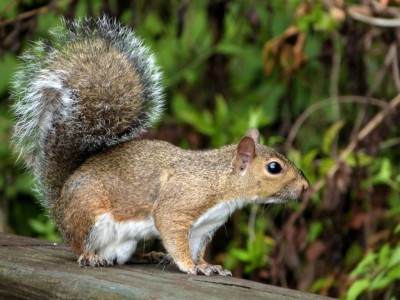 Squirrel at a park in Daytona by Lee

Not sure how many have heard of the “Squirrel Proof” bird feeders, but Droll Yankees make a line of them. I am not selling them, but just want you to enjoy some of the antics of squirrels trying to feed from them. Also, there is a video of someone who put Vaseline on a pole and how a determined squirrel tries to get up the pole to the feed.

The Lord sure gave the squirrels a determined spirit. Enjoy and get “tickled”!

Squirrel taking a spin on a Yankee Flipper:

Other Tickle Me Tuesday’s I

Squirrel at a park in Daytona

Thought you might enjoy this sent to me by a friend. Not sure how it was done, but National Geographic was involved.

A couple of verses come to mind:

Call unto me, and I will answer thee, and shew thee great and mighty things, which thou knowest not. (Jeremiah 33:3 KJV)

If he watches out for these two, how much more does God watch out for us? 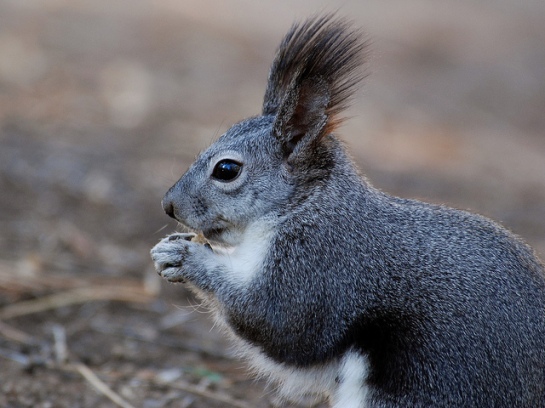 Thus saith the LORD, thy redeemer, and he that formed thee from the womb, I [am] the LORD that maketh all [things]; that stretcheth forth the heavens alone; that spreadeth abroad the earth by myself; (Isaiah 44:24)

From Creation Moment’s, “Squirrels Give Age of Grand Canyon”

Who would have thought that squirrels would tell us how old the Grand Canyon is? Yet, creation scientists tell us that the tassel-eared squirrel, who lives near the rim of the canyon in Arizona, has done just that.

Tassel-eared squirrels are found on both the north and south rims of the canyon. Scientists have assumed that the squirrels were there before the canyon was formed, supposedly millions of years ago. However, since the canyon has kept the two populations apart for so long, the differences between them should show what millions of years of evolution will do to squirrels. 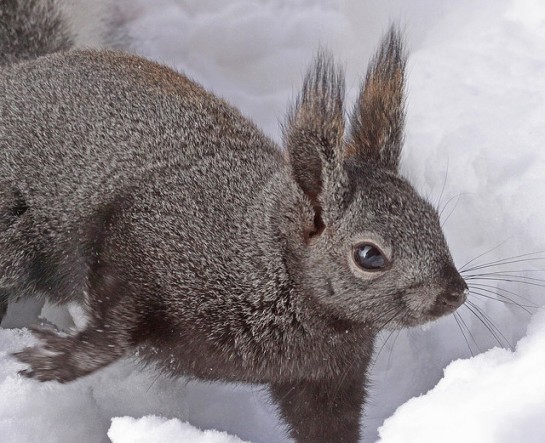 Prayer:
Heavenly Father, the story of human history as told in the Bible is confirmed all around us. I pray that You would call Your people and Your Church back to complete faithfulness to Your revealed Word. Amen. 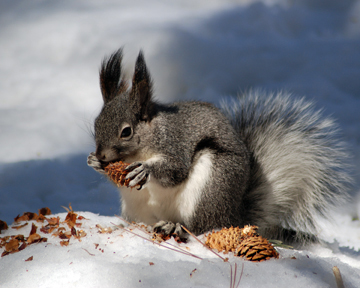 Abert’s Squirrel With a Pinecone ©WikiC

(from Wikipedia) “Abert’s squirrel (or tassel-eared squirrel) (Sciurus aberti) is a tree squirrel in the genus Sciurus endemic to the Rocky Mountains from United States to Mexico, with concentrations found in Arizona, The Grand Canyon, New Mexico, and southwestern Colorado.

Abert’s squirrels are 18-22.8 in (46–58 cm) long with a tail of 7-10 in (19–25 cm). The most noticeable characteristic would be their hair ear tufts, which extend up from each ear 2–3 cm. This gives this species a striking similarity to the Eurasian Red Squirrel, aside from its differing dark fur coloration. They typically have a gray coat with a white underbelly and a very noticeable rusty/reddish colored strip down their back.”