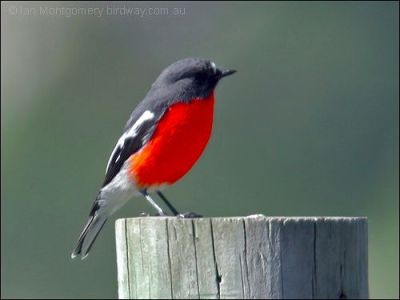 “The LORD is my rock, and my fortress, and my deliverer; my God, my strength, in whom I will trust; my buckler, and the horn of my salvation, and my high tower.” (Psalms 18:2 KJV)

1. Any fortified place; a fort; a castle; a strong hold; a place of defense or security. The English have a strong fortress on the rock of Gibraltar, or that rock is a fortress.

FOR’TRESS, v.t. To furnish with fortresses; to guard; to fortify. 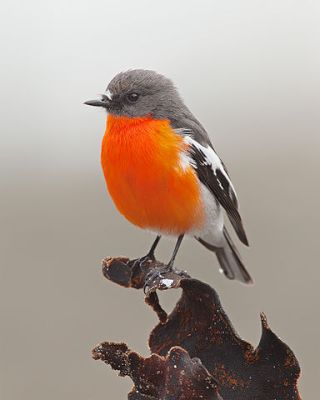 “His eyes were as a flame of fire, and on his head were many crowns; and he had a name written, that no man knew, but he himself.” (Revelation 19:12 KJV)

The Fflame Robin (Petroica phoenicea) is a small passerine bird native to Australia. It is a moderately common resident of the coolest parts of south-eastern Australia, including Tasmania. Like the other two red-breasted Petroica robins—the scarlet robin and the red-capped robin—it is often simply called the robin redbreast. Like many brightly coloured robins of the Petroicidae Family. Measuring 12–14 cm (4.7–5.5 in) long, the flame robin has dark brown eyes and a small thin black bill. The male has a brilliant orange-red chest and throat, and a white patch on the forehead above the bill. Its upper parts are iron-grey with white bars, and its tail black with white tips. The female is a nondescript grey-brown. Its song has been described as the most musical of its genus. (Petroicidae – Australian Robin Family) 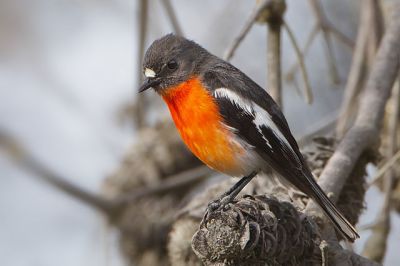 6 thoughts on “Avian And Attributes – Fortress”